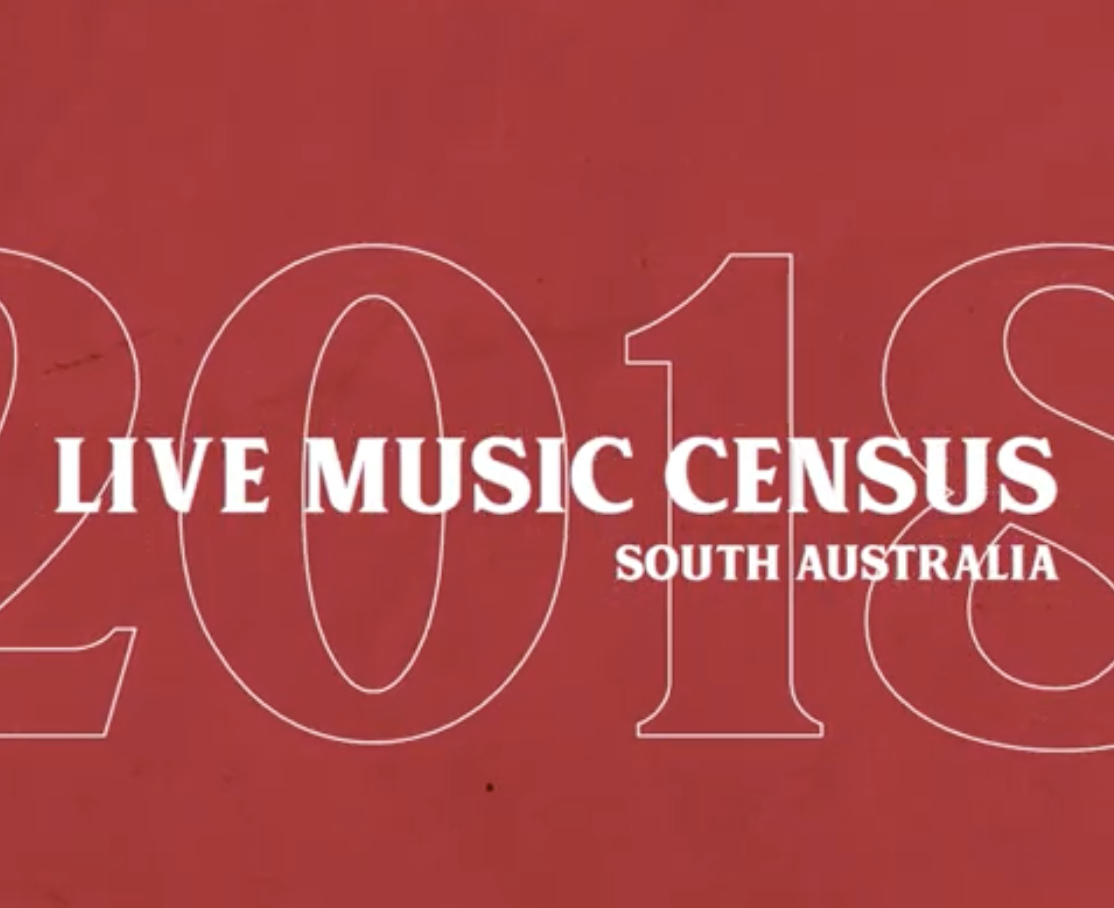 There’s new proof that live music is a strength for Adelaide, with venues well and truly open for business and living up to Adelaide’s UNESCO designation as a City of Music.

Not surprising, considering that today the contemporary music industry body Music SA released the findings of their annual Live Music Census, which offer a healthy snapshot of the number of gigs performed in live music venues.

Music SA’s Live Music Censushas been conducted annually since 2015. Each year the research is a best effort exercise to capture and count gigs in licensed venues, and provides an indication of the state of play during the month of May (deliberately chosen each year so as to not skew figures with typically busy periods such as the Adelaide Fringe which boasts music as its second highest art form).

For the first time this year the census has been expanded to include a count of the entire state of South Australia. The 2018 findings revealed that South Australia hosted 1523 gigs across 309 venues.

The regions are certainly playing their part with 296 gigs across 108 venues. Tourism Australia research shows that after food and wine, music is the second most popular attractor for tourists to visit regional areas.

In metropolitan Adelaide there were 1,227 gigs across 201 venues during the month of May. This is roughly a 27% increase in gigs and a 28% increase in venues hosting live music in the metropolitan area from 2015 to 2018.  This approximately extrapolates to 15,000 annual live music gigs, or 300 per week. A healthy comparison to another UNESCO City of Music Glasgow, which hosts 150 plus live music gigs a week.

The news comes at a time when the State Government is working closely with the music industry and councils to continue to develop regulatory reform for live music.

In recent times, South Australia has seen the removal of entertainment consent from liquor licenses, as well as variations to the Building Code, the introduction of case management support services for venues and government funding for Umbrella: Winter City Sounds, a two-week live music venue-based festival held in winter every year.

General Manager of Music SA Lisa Bishop says. “With four years of data we now have a strong indication that the live music sector of Adelaide is in a sustainably healthy state, which is great for musicians who rely heavily on venues to build their fan base, develop their technical skills and hone their stage craft through invaluable instantaneous audience feedback.”

Darren Brown from booking agency Ivy Entertainment agrees the live music sector is healthy: “The number of hotels that engage with live music is the highest it has been in my time in the game. Not only that, the frequency of live music continues to rise. I also have found the scale of what our hotels want is increasing. For example, previous tendencies for hotels to want smaller scale solo and duo musicians has made way for an increased demand for bands consisting of four to seven players.”

CEO of the Australian Hotels Association (SA Branch) Ian Horne is thrilled with the results:“The latest Live Music Census results are impressive and reinforce an historic interdependency between the artists, their performances and the hundreds of hotels, pubs, bars and clubs state wide that host live music on a weekly basis’.

In looking to the future Bishop says “Clearly we have the gigs and venues, but what we need to work on now as an industry is growing the audiences.  Music SA is working hard to develop relationships with the likes of Brand South Australia, the SA Tourism Commission, Adelaide Airport, community radio and councils across the state to promote playlists and performances by local musicians. We want to see South Australians place greater value on the amazing talent in their own back yard.”

Adelaide has a strong tradition of live music venues that have existed across generations of punters including The Grace Emily, Jive, The Gov, The Lion, Norwood Hotel, Arkaba, Exeter, Wheatsheaf and the Crown and Anchor.

However, there is always the normal ebb and flow of venue openings and closures. Some new venues to the census since 2015 include Fat Controller, Chateau Apollo, Coopers Ale House, Mama Jambo, The Hindley and The West Oak Hotel.  Some closures have included Vinyl, The Prometheon, The Producers, The Ed Castle, Fowlers Live (to be relaunched) and Adelaide UniBar (to be relocated).