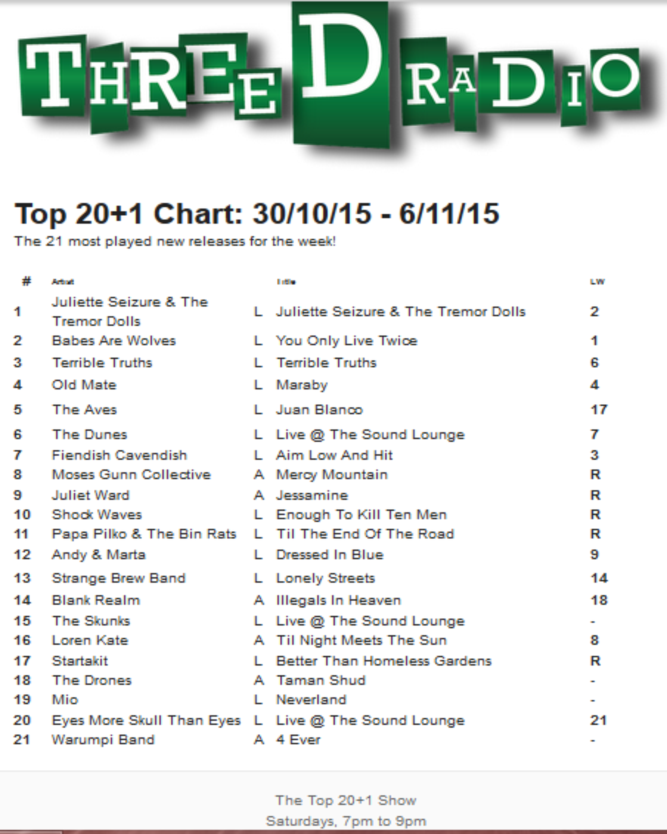 The Three D Radio top 20 + 1 is out this week and its all killer no filler (as it is every week!)

Straight after their release party at The Jade last weekend, Juliette Seizure and the Tremor Dolls are numero uno! If you like some dirty 60’s garage punk rock these guys and gals are for you. Catch them this Saturday at Scumfest 2015 at the Queens Theater and pick up this splendid 7 inch release.

The smooth sounds of Mio have entered the charts, get your head around that dreamy synth pop hook ASAP, cos it’s good.

The exquisite colour co-ordination of Juliette Seizure and the Tremor Dolls: 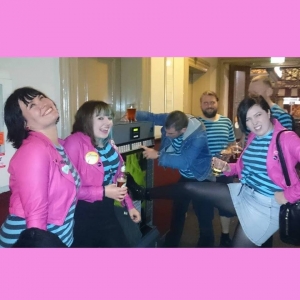