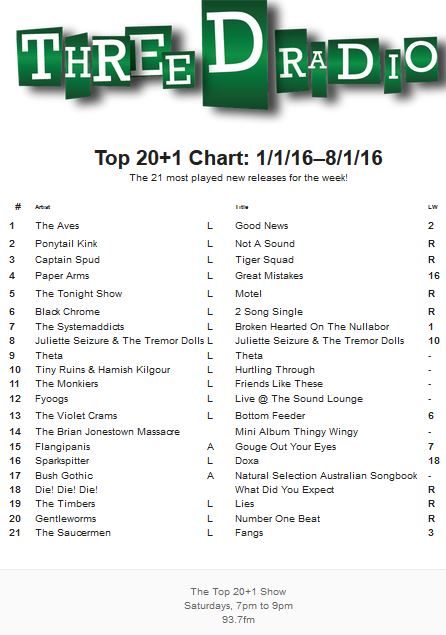 SA’s indie darlings The Aves bring it in to number one with their debut album ‘Good News’. The album has been hovering around the Three D Radio top 20 +1 since its release in December. With a sound sitting somewhere amongst Savages, The Yeah Yeah Yeah’s and 80’s dark pop. These guys head Melbourne way to launch the album this weekend then beyond!

The new psychedelic groove of The Fyoogs live at the sound lounge is a new entry in the charts. Plus the new entries in locals Theta, Tiny Ruins and Hamish Kingour and The Monkiers.

Band name of the week goes to The Gentleworms because imagining a worm with a top hat, monical, mustache and cane even though it has no hands pleases me very much.

The Aves, and dog: 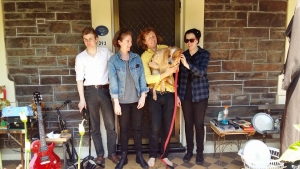