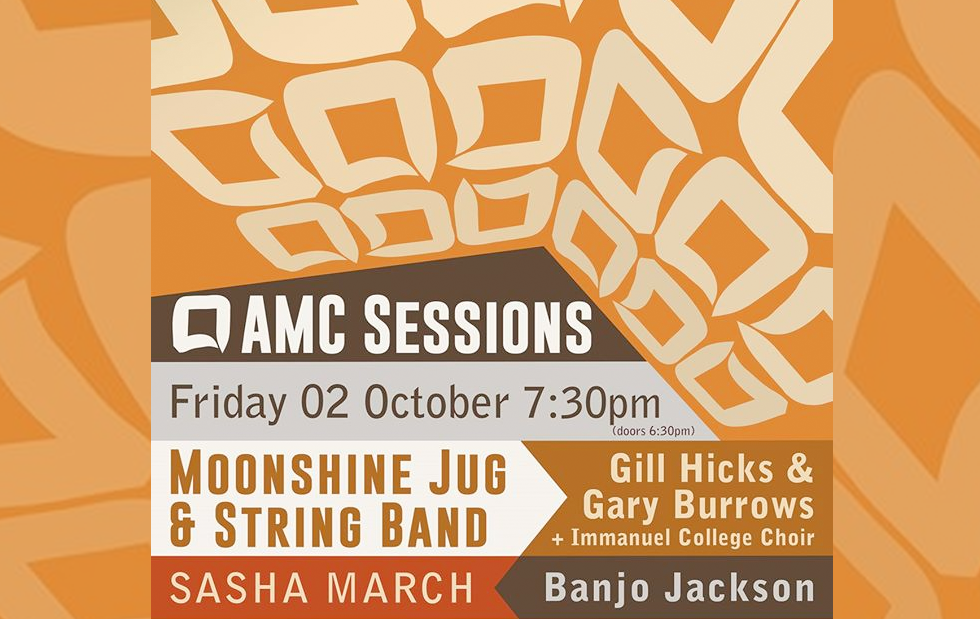 The Adelaide Music Collective is always bringing the goods. Next up for their Live Sessions series on 2 October at Goodwood Institute, they host a special launch of a peace song featuring London Bombing survivor (and Adelaide resident) Gill Hicks, APRA’s Gary Burrows, and the Immanuel College Choir.

The Moonshine Jug & String Band is also reforming after 40 years, along with the SA Music Hall of Fame inductions of The Angels’ Chris Bailey (posth), Alex Innocenti, a tribute to Doc Neeson and more music by contemporary SA acts Sasha March and Banjo Jackson.

The AMC has also announced a new special series, ‘Yesterday’s Heroes’, pairing up and coming songwriters with some of SA’s greats from over the years for a live recording at Mixmasters Studio. Just a few examples include Sam Brittain recording his own version of The Angels’ ‘Shadow Boxer’ plus Q&A with John Brewster, Kelly Menhennett doing ‘Looking Glass’ by Mark Holden, Max Savage doing The Twilights’ ‘9.50’, Laura Hill recording the ‘Pushbike Song’ by Evan & Idris Jones, and more.

The unique experiences will be recorded for a documentary, and you can witness the fun right in the studio itself. Each event is limited to 30 people so get over to Trybooking quickly to reserve your spot and be a part of SA Music History. The series runs 15-24 October. 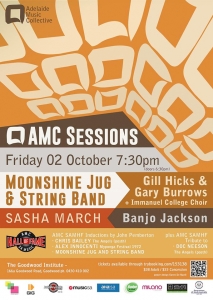 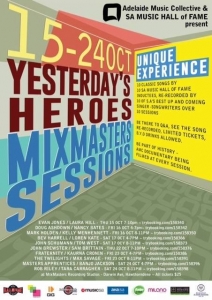