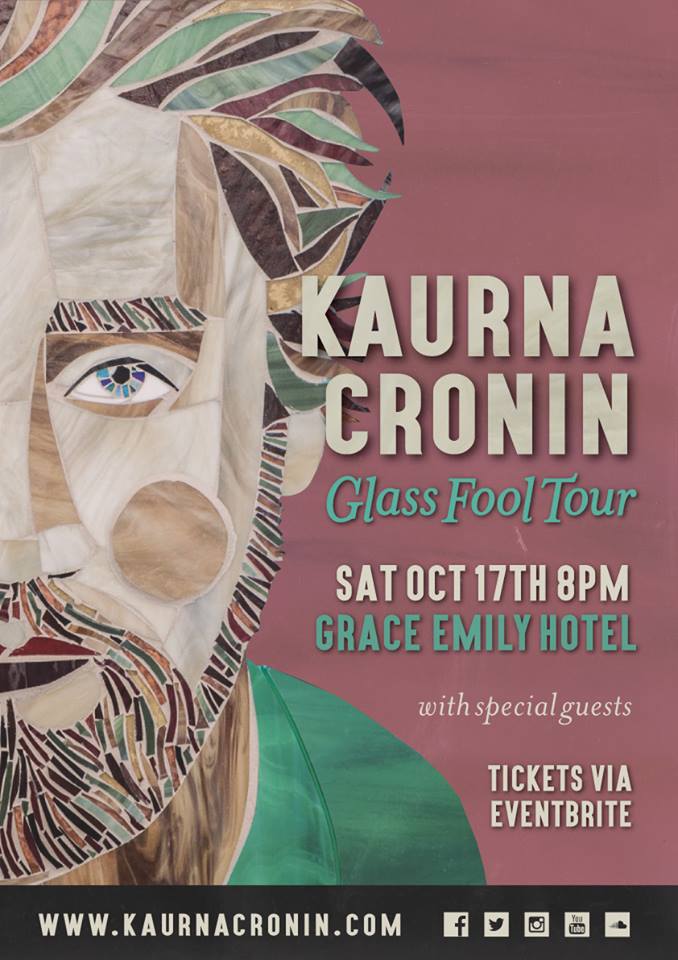 Having just been announced as a nominee at the SA Music Awards for Best Male, Kaurna Cronin is taking to stages around Australia on his Glass Fool tour, seeing him play at The Grace Emily Hotel on Saturday 17 October.

Released in July, Kaurna has been over in Europe for a 3 month tour, while the first single off the album ‘Inside Your Town is Inside your Head’ raced up the Amrap regional charts. This will be your last chance to catch the prolific Kaurna Cronin and band perform live before they set down to record their latest creations.

Glass Fool is a collective of traveling tales that unravels the narrative of a worldly drifter caught in life’s unfolding mystery as he explores the world and travels his favored musical haunts across Europe and beyond. Glass Fool explores the conflicts of growing up and living in Australia and the comparisons between his lifestyles internationally and locally.

Supporting him at The Grace Emily is Cosmo Thundercat and Ollie English.

The Gov – The Paper Kites (VIC)

Metro Hotel – At The Dakota (NT), Mackenzie & The Brothers Grimm