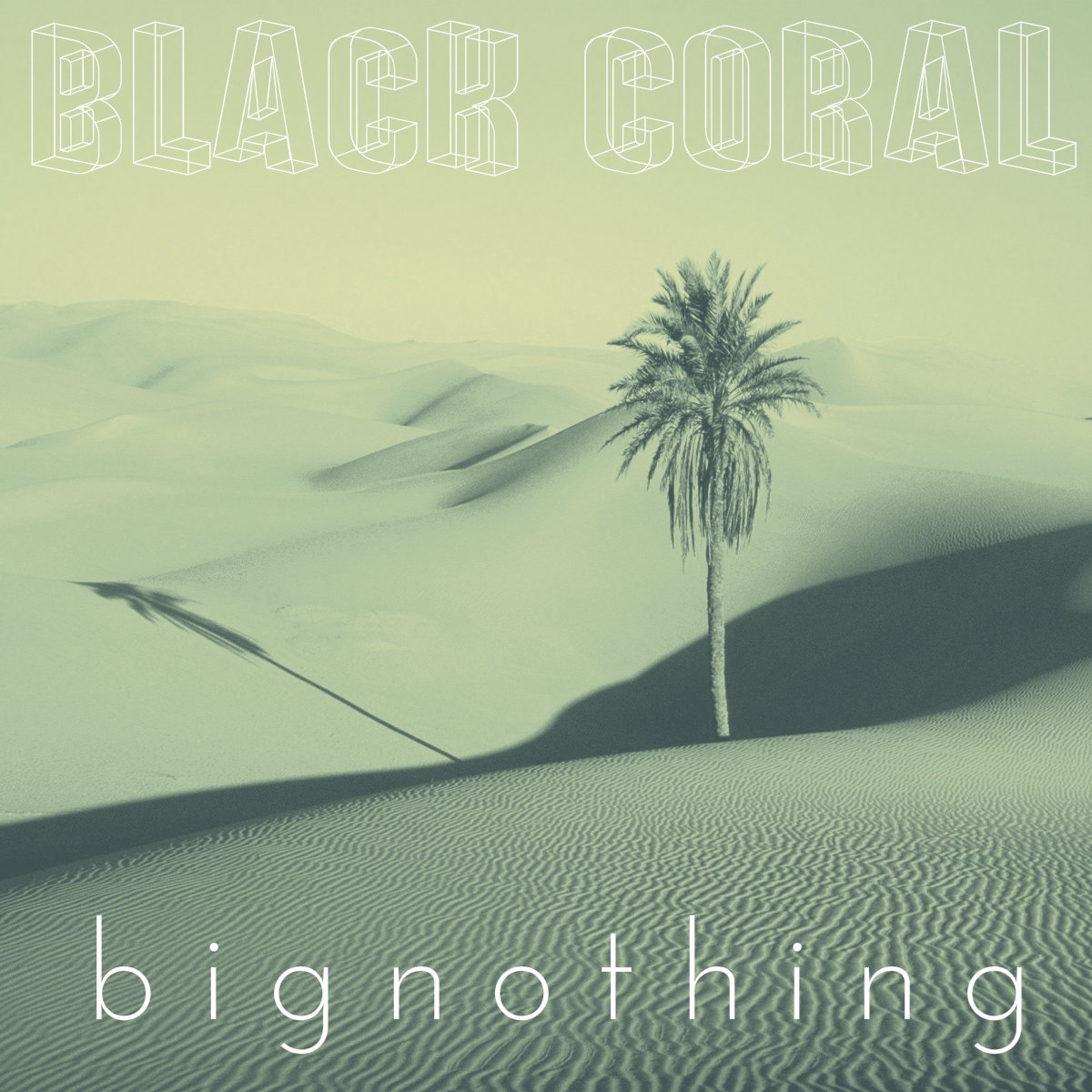 The latest from post-punk outfit Black Coral is consistent and cohesive; the songs on Big Nothing share mostly similar grooves, complimentary instrument tones, and fuzzed out vocals that are obscured to the point that words often fall prey to texture. The impression given is of a band that has found its sound and is settling in to explore its potential.

The tracks are thick with gloomy atmosphere, as synth, guitars, gated drums, and bass all reverberate in a haze of psychedelic fog. Big beats anchor the proceedings and render the otherwise impenetrable wall of sound danceable in that nod-the-head and lean around kind of way. The overall effect is hypnotic, creating an ominous soundtrack to the dark, trippy movie in the mind’s eye.

The title track’s insistent groove and melody are compelling and its vibrato synth gives it an eerie vibe; it’s a highlight of the set. ‘Thorn’ follows with a similar groove, but rather than trying to match its predecessor’s aggression, it invests in an impressive chorus melody over tom rolls.

‘Turn Away’ adjusts the formula to a quicker pace, but the song doesn’t fully distinguish itself from what came before in its three minutes. ‘Chemical Reasoning’ takes its time with a strong beat and build-up and its patience is rewarding as it gradually builds to a climax.

Closer ‘Floodgates’ takes the beat from the title track and another looping guitar melody that is picked up by Messenger’s vocal in the verse. It’s a minimalist one-riff song that rides its groove allowing the sound to gradually overwhelm, making a fitting finale.