burnside battle of the bands – apply

After a 2 year hiatus The City of Burnside is pleased bring the 12th annual Battle of the Bands event to Burnside.

Bands, solo vocalists and duos from all over SA are encouraged to apply! 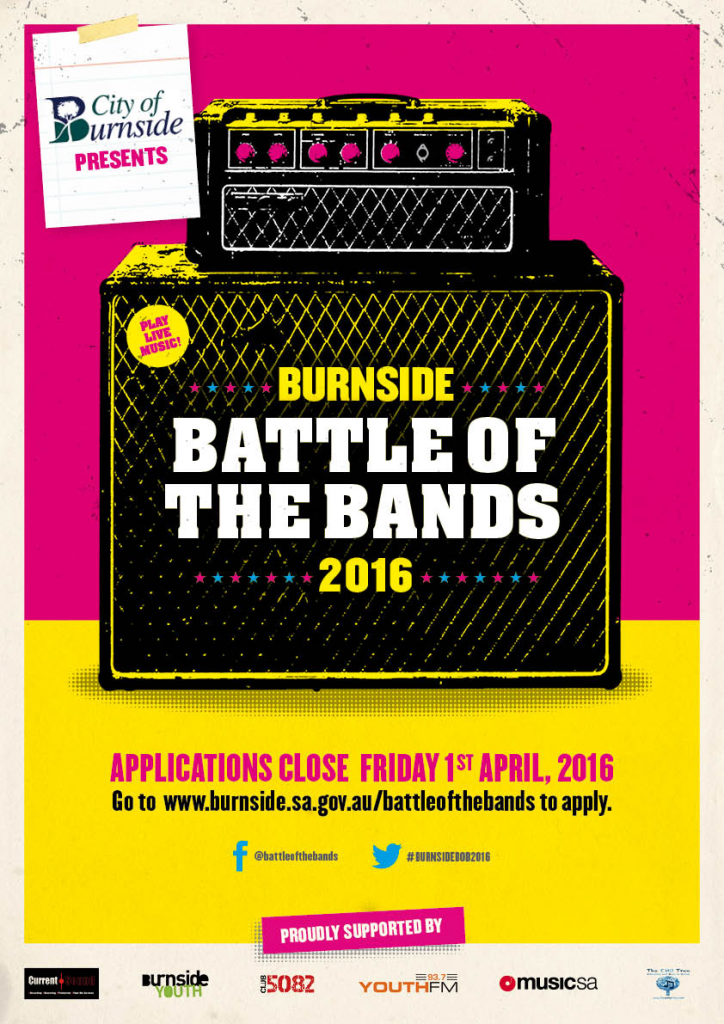 This is not a one-off event.

There are two initial heats leading up to a blow out final in Burnside.

Each heat will take place in Prospect’s Club 5082, with 5 bands/artists competing to be amongst the 2 or 3 chosen from each night to make it through to the final.

The 5 final acts will battle it out at the Burnside Ballroom on 24 June.

Judges include the Burnside Youth Advisory Committee as judges, as well as Music SA‘s own General Manager, Lisa Bishop.

Participation in the heats is by invitation, so fill out the APPLICATION FORM (Word Doc) and return it ASAP to:
Jen Mann
Community Development Officer
jmann@burnside.sa.gov.au

There are plenty of prizes to be won – up to 5th place! – and the grand prize includes a full day of recording & mixing at Current Sound studios, a pre-recording mentoring session with The EMU Music, a $500 Derringers gift voucher and more.

See the application for details.