City of Music: A Painting Project 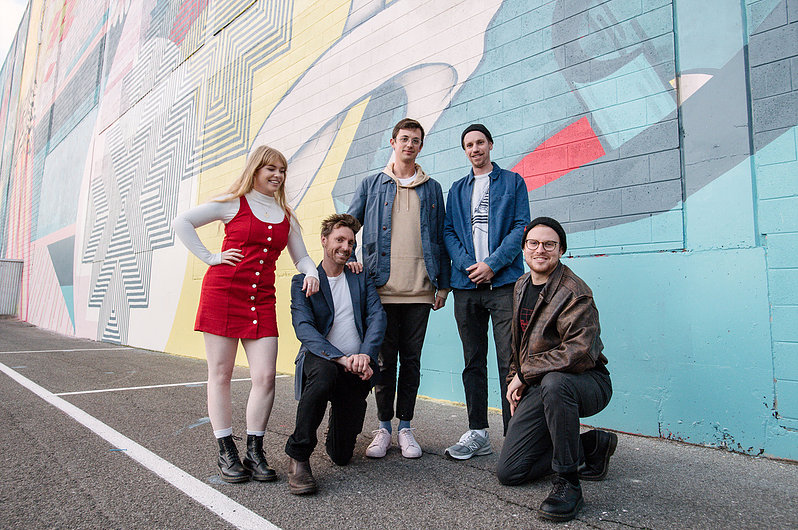 Adelaide became a designated UNESCO City of Music in 2015, and is the first and only Australian city with this designation. Known internationally for its thriving arts festivals, musical heritage and cultural vision. The City of Music mural and documentary is a Music SA project.

The purpose of this mural would be to highlight the excellence, diversity and cultural history of Adelaide as a City of Music, and to give the city a sense of pride about our UNESCO designation.

The team made up of Steve Pitkin and Jessi Tilbrook of Music SA, along with creatives Dave Court and Lewis Brideson decided the mural would be best inspired by iconic South Australian contemporary musicians and industry practitioners spanning over the past 6 decades.

Dave would conduct the interviews, and invite them to describe their visual imaginations of their personal experiences of Adelaide as a city of music.

The outcome of these 15 interviews, compiled into the documentary directed by Lewis Brideson, would become the mural painted by Dave Court.

The mural was unveiled by The Right Honourable Lord Mayor Sandy Verschoor on May 29th 2019 as part of Umbrella Winter City Sounds Festival program launch.

This project would not have been possible without the generosity and support of our key sponsors, The City of Adelaide and the Department of Innovation and Skills through the Music Development Office.

We would like to acknowledge that this mural exists, and this documentary was filmed on the traditional lands for the Kaurna People and we respect their spiritual relationship with their Country. We also acknowledge the Kaurna people as the traditional custodians of the Adelaide region and that their cultural and heritage beliefs are still as important to the living Kaurna people today.

The City of Music Mural is located on the West facing wall of 128 Hindley Street, Adelaide SA 5000.

Check out the full documentary here>