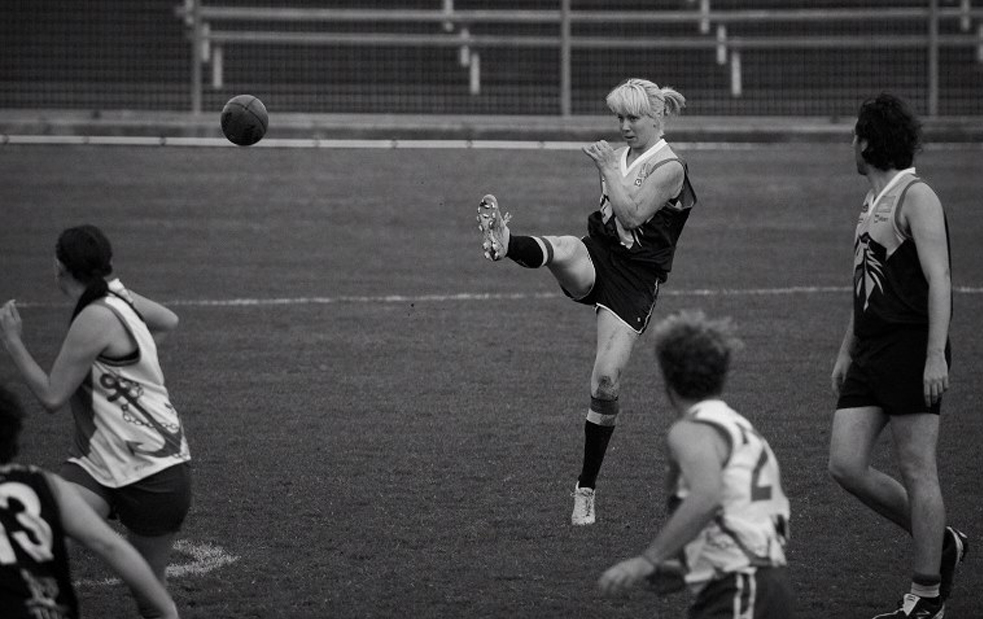 Finally! SA will get it’s own chance to stage the Reclink Community Cup! This much-adored charity football match series has a 21 year history in its hometown of Melbourne (and runs in Sydney too), annually pitting musicians vs media on the footy field.

Once a small match, it now attracts crowds of 10,000 and a who’s who list of players, from Paul Kelly to Dan Sultan to Courtney Barnett. The Reclink Community Cup comes to Adelaide for the first time in 2015. “We wanted to bring this event to Adelaide because it’s a great day for a great cause,” says Adelaide Community Cup organiser Koral Chandler. “Plus, we wanted to see how many musos and media types were handy with a Sherrin and get some friendly competition going between these important Adelaide communities.”

Mark your calendars for 16 August, when Adelaide Airport Stadium will host musicians and media personalities from SA and beyond. Who will hit the field? Player and band details will be announced soon, but the volunteer-run event is backed by local community radio stations Three D Radio, Radio Adelaide and Fresh927. As well as the match, there’s a full day of fun with food, bands and entertainment.

If you would like to get involved – sponsorship, donations, playing, volunteering, refereeing, coaching – please contact Koral koral.chandler@gmail.com.

An update on the Adelaide Reclink Community Cup – you can be a part of this historic event – and have mad fun – without being on the footy team… They’re seeking volunteers for umpires, physios, bar staff, first aid, crowd control, cheers squads, coaches, runners, team managers, roving entertainers, info booth people, tin rattlers and more. Get in there and register with your special skills!