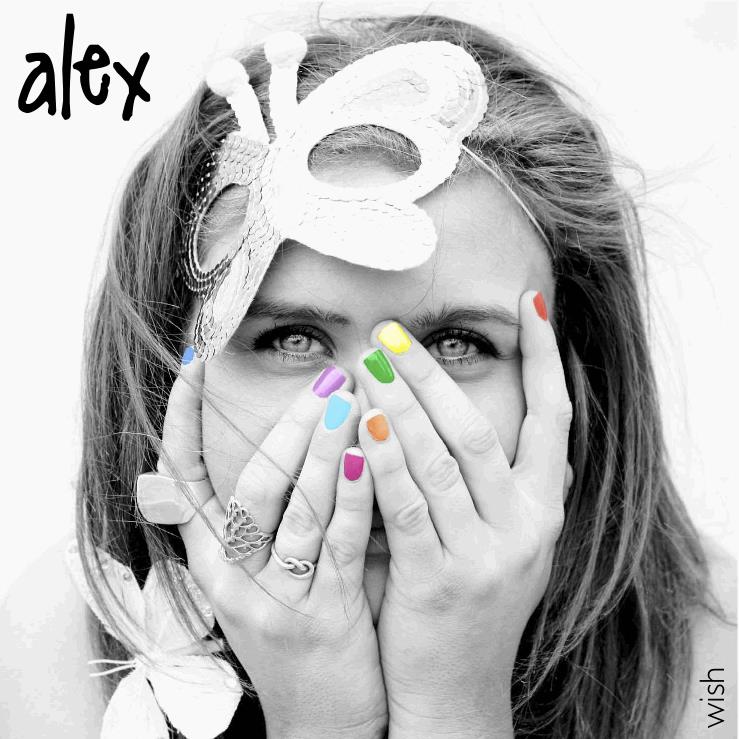 “My mind is a circus and my heart is open.”

Australian singer-songwriter Alex Hosking’s debut full-length album, “Wish,” was released in October of 2012, and her explosive creativity has shown no sign of slowing down. Her single, “Wish on a Star,” immediately garnered airtime on popular radio shows, and requests for interviews followed suit. Though the 2013 International Songwriting Competition brought over 20,000 entrants, Alex was a semi-finalist in the contest that boasts such names as Aussie, Guy Sebastian, and the internationally renowned Kimbra, thus proving that her staggering talent as a performer of music is outstripped only by the genius of her writing.

Alex was merely ten years old when she penned her first composition. Live performances commenced almost immediately, and her stage presence quickly verified to the public what early fans had known all along: she was fearless and mesmerizing – a natural. Regarding her lifelong history of prolific songwriting, Alex has said, “My mind is a circus and my heart is open.”

At the 2011 Adelaide Cabaret Festival, she caught the eye of the charismatic entertainer, David Campbell. Campbell engaged Alex to open his show with her original song, “Different Light.” The resulting High School Cabaret Show was quoted as “one of the most popular and exciting shows” of the Adelaide Cabaret. Within days of her high school graduation, she landed in Nashville to meet with Producers. “It was very cool writing songs on the porch of a studio once owned by Dolly Parton on the legendary Music Row,” she later said.

Alex continued writing in New York and quickly returned to Australia to commence the 2012 production of her debut LP record while doing a stint on X Factor. She left Boot Camp even more determined to complete her album and forge a music career.

Alex’s entirely earnest, songwriting caught the attention of music veteran Clive Hodson of Perfect Pitch Publishing, with which she officially signed a writers publishing contract. Alex’s credible songwriting has given her opportunities to write with Australian Voice and X-Factor winners, one song of which has made the Australian charts. Today Alex continues to write pop and indie-rock with a smattering of lyrical rap implemented at surprising turns, the result of which is an eclectic and personal listening experience no performer could emulate. Alex performs from the stage with a vivacity and passion that is as much a product of her fiery and colorful imagination as it is the natural outcome of a life spent writing music straight from the soul.

She has just entered her twenties and is already successfully supporting known artists such as Australian Idol Jessica Mauboy, Band Sheppard & James Reyne, Shannon Noll. 2015, Alex is performing, collaborating and developing with Music greats in L.A. co-writing with legendary songwriters and prominent DJs, she is poised to take on the world. Alex Hosking stands as one of the most genuine artists of all time, and her music is alive with the sounds of her luminous, burning personality.