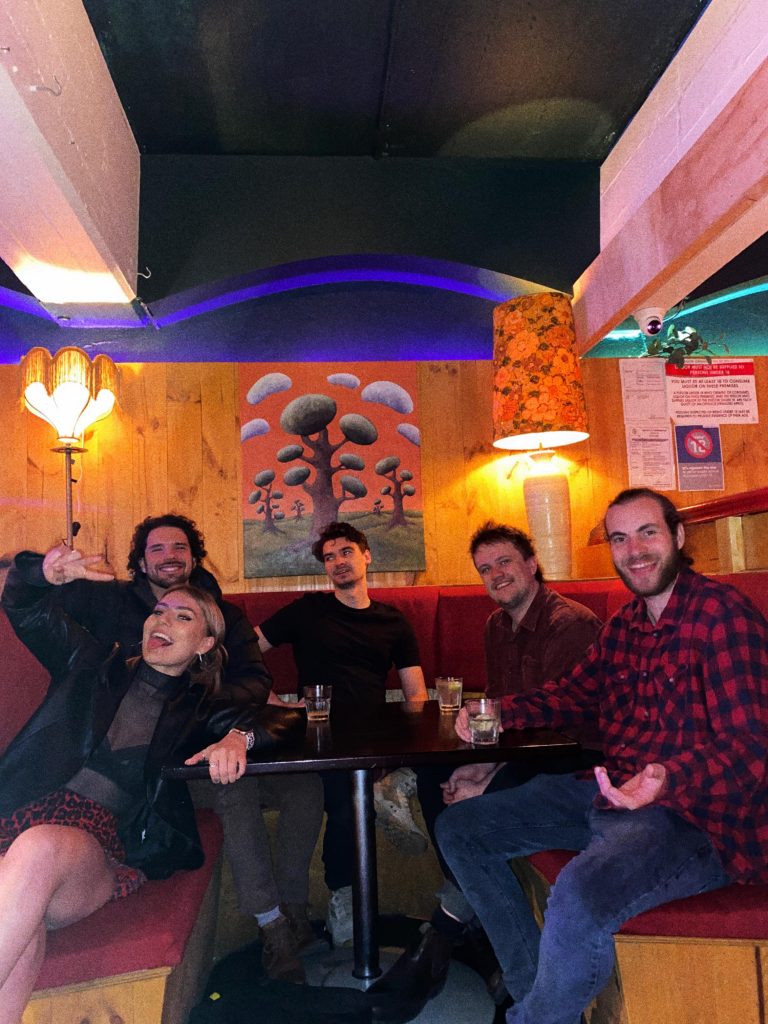 Georgia was the witch-queen of the bus, the malevolent maiden of the metro, the terror of Route 196. “Nice hat,” she’d say, “Not!” She would put a bit of gum on your bag. Sometimes she would even do that thing where you point at their chest, and then when they look down at it, you flick them in the nose. Also one time she bashed this chick. A group of boys had to take that bus every day for five years just to get to school; they survived, they graduated, they grew into men and they forgot those evil times as best they could.

Many years later, they were surprised at a knock at the door (for they all lived together in a big house, with separate single beds with their names on them, just like Bert and Ernie.) It was Georgia, with an offer so outlandish, so freakish and grotesque, that they had no choice but to accept then and there: “Join my band.”

This is: ALRIGHT PSYCHO