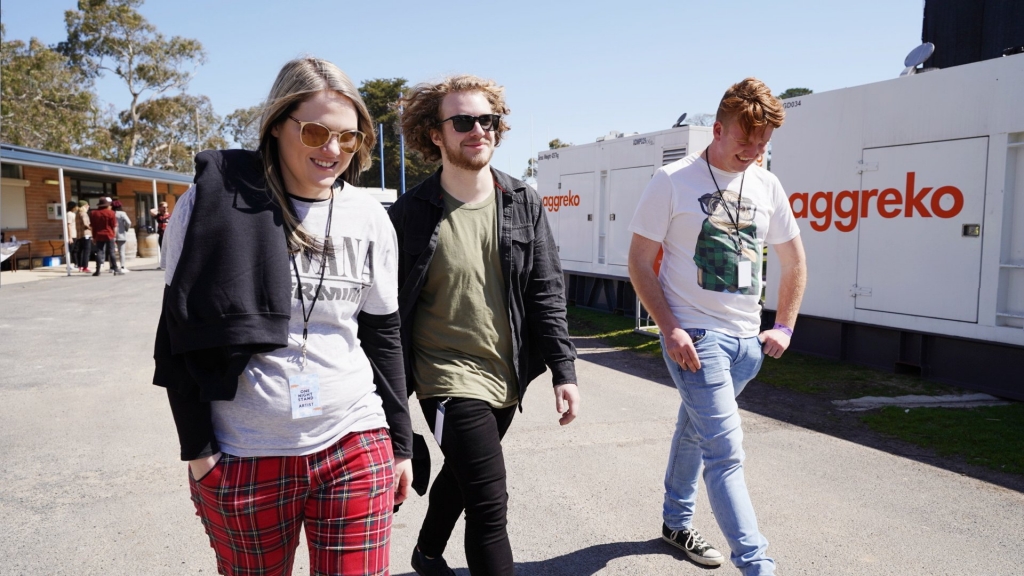 Having formed following the dissolution of The Skategoats, Chelsea Manor are offering up a fresh new take on punk rock. Bianca, Ivan & Michael are out on this new attitude filled, hard hitting adventure providing powerful anthems bolstered by catchy choruses that stick with you for days.

The new three-piece offers a more moodier and broodier style while still carrying over that nostalgic sound. It was that moodiness that landed them the triple j unearthed support slot for triple j’s One Night Stand 2019 in Lucindale. It was that concert in which the band debuted their live show for the first time ever.

The band has just released “Breathe” – their first single which was recorded at The Alamo in Melbourne. The track was co produced by Tyson Fish and Aaron Damon (Captives) and mastered by Forrester Savell.

The band is currently in the studio recording their debut EP which you can expect in 2020. In the meantime, keep an eye on their socials for upcoming gigs!