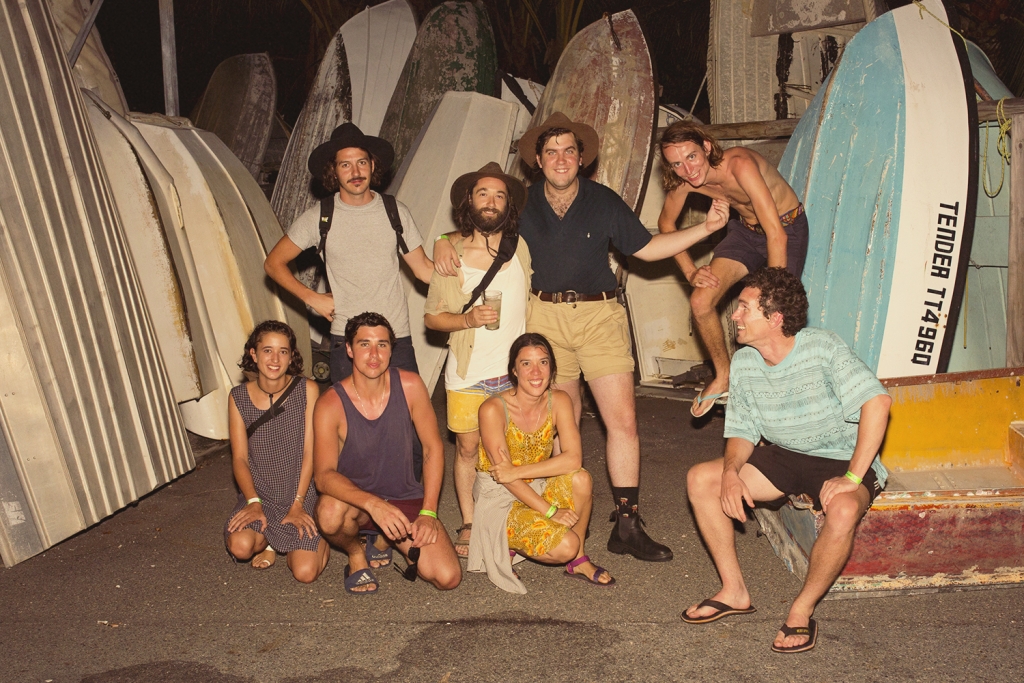 The Maraby Band are an ensemble of underground rock and roll itinerants, headed up by veteran Adelaide multi-instrumentalist and songwriter David Blumberg.

In 2017 the band released a full length LP, “Gertrude” (currently in its second pressing), a uniquely South Australian song cycle recorded in the Flinders Ranges.

The band toured the record across WA, SA, NSW, Victoria and Tasmania in October and November of 2017 culminating in a performance on the lawns at MONA. February of this year saw the band taking “Gertrude” on an epic journey from FNQ down to Wollongong covering thousands of kilometres and gaining fans in the regional centres and cities visited.

The album sways between psychedelic folk and hard riffage, but the live performance forgoes all acoustic instruments for a 100% long-hard-tour-tight rock and roll juggernaut that has to be seen to be believed. No other Australian band today can lay claim to be bringing a fully conceived and realised rock opus to the stage!