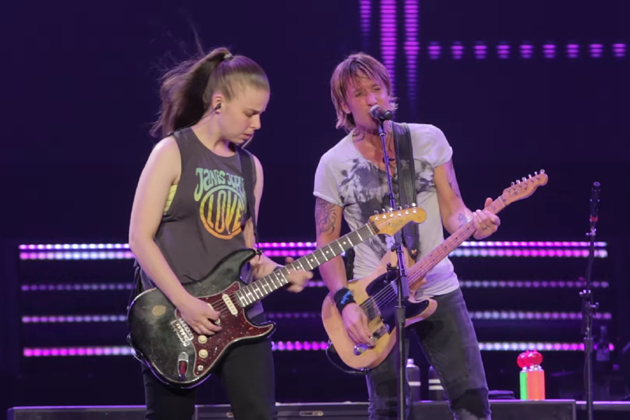 Ellen is a 22 year-old singer, guitarist and songwriter who grew up in a small town in South Australia called Port Pirie. She has always been supported by her family and friends throughout her music career. Influenced by her musical father, Ellen picked up her first guitar at the tender age of 8 years old where she showed a passion for music. Ellen at a young age was guided by local musicians who took her under their wing to get her started in the industry. When Ellen came into her teens she then had the opportunity of playing in various Port Pirie cover bands and Adelaide bands. Ellen passion for music has grown every time she performs on stage and you can see her passion for music while she is performing. Ellen has been involved in the Australian music industry for a few years now and played many country, rock and charity shows.

Ellen through her music has had many different experiences. Whether that was starting her first school band in Year 6 or performing alongside the great Keith Urban in 2016. In 2014 Reece Mastin discovered the young guitarist on social media and personally invited her to perform at his show in South Australia. This then happened again but on a larger scale when Keith Urban spotted the teen’s guitar video and posted a video personally inviting Ellen to fly to Brisbane and perform on his ‘Ripcord World Tour’. Ellen is rapidly making a name for herself in the country music scene. In 2018 Ellen was invited to appear on Sunrise (TV Morning Show) with Keith Urban about her performance with him. While on her trip to America in 2018 she was invited to perform at one of Nashville’s biggest honky tonk’s and we invited to be featured on Normans Rare Guitars social media.

​Motivated by country music artists such as Keith Urban, Carrie Underwood, Beccy Cole, Lee Kernaghan, Luke Bryan, Sheryl Crow, Dolly Parton, Brad Paisley, Miranda Lambert, Johnny Cash, Linda Ronstadt, The Band Perry from both Australia and the USA.In January of 2020 Ellen was invited to attend the 2020 NAMM show in Anaheim, CA. She also attended the 8th annual She Rocks Awards while at NAMM. Ellen is now in the process writing and recording for her first ever EP with songwriter Brian Sickles in the style of Rock / Country. Ellen hopes to release a single in early 2020 and an album to follow the single release.