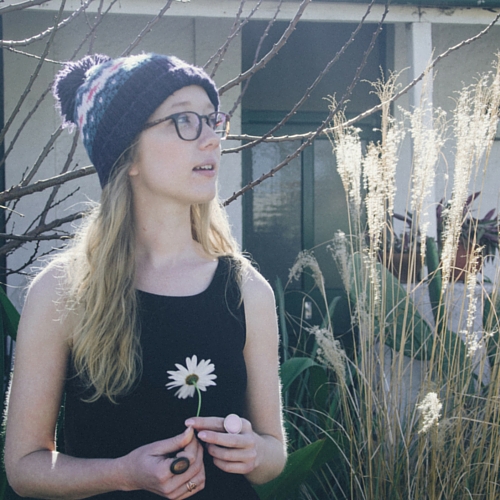 Grace Goodfellow is a singer/songwriter from Adelaide, South Australia.
After singing in Darling Street from 2008-2011, Grace has now begun writing
and performing as a solo artist. Armed with an acoustic guitar and an
unmistakably Australian accent that shines through when she sings, Grace is a
natural story teller. Her sound has been described as “ethereal;” her songwriting
likened to that of Courtney Barnett.

Grace’s voice and lyrics are subtle and gentle. She sings about life and love with
an unapologetic honesty. She often performs at The Grace Emily Hotel in
Adelaide – either headlining, or supporting artists from interstate.

Grace was one of ten finalists in the Inaugural Judith Crossley Memorial Award Concert held at Fleurieu Folk Festival in October 2015.

Grace has been fortunate enough to open for artists including (but not limited to) Fraser
A. Gorman (VIC) and Elli Belle (NT).