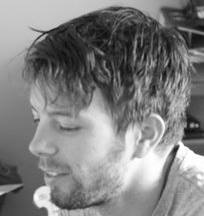 Miners Club is a 5 piece ,Alternative , country rock band predominantly from Wirrulla South Australia.The band is an amalgamation of Grunge quartette Amundsens Flag and Tom Baker of UK indie band Nexus Bloom who met while touring Australia’s east coast in early 2008.
It was later in the year when Miners Club was born. The five met up and recorded an album ‘Ghosts of Ben Avon’. Taking it’s name from the place in which it was recorded. Ben Avon Farm , the family home to the three brothers in the band. The recordings were made in a disused run down cottage on the farm where only the creatures that inhabitated the surrounding area could hear a thing.
The album was released in mid 2009 coinciding with a tour of the UK which occurred after being invited to play several summer festivals, BBC radio appearances and a string of other shows across the country.
The band recently gathered together back in the wilderness of South Australia to record an E.P which will be released within the next few months. Gig dates are yet to be confirmed.
The music is sickly thick with quirky melodies, choir like vocal harmonies and a sound as desolate and grandiose as the place they first echoed onto tape. This is grubby faced, golden aged music, brought into the light with a dying art.