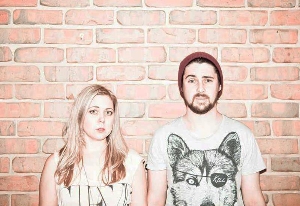 Having spent 12 months locked away writing, refining their sound and building a powerful live show, Nakatomi’s debut single ‘Golden Sun’, produced by BadCop, was released towards the end of 2014. ‘Golden Sun’ quickly picked up rotation on Triple J Unearthed and community stations around Australia, as well as the clip being played multiple times on RAGE.

2015 will see Nakatomi release their debut EP, thanks to support of Arts SA.