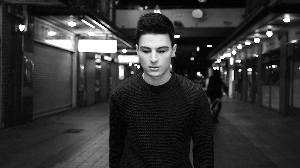 Peter Nic (Nicholas) is an Australian recording artist and producer. From an early age of playing in bands, ensembles and furthering his music education through The Elder Conservatorium of Music, he had begun to develop more of a voice for the guitar. In 2012 he was selected as a Scholarship Finalist for the James Morrison Generations in Jazz Scholarship held in Mount Gambier, a National event with guest artists from around the globe including Gordon Goodwin and his Big Phat Band. In his final year at the conservatorium he was awarded Top Jazz Guitar Undergraduate and was once again a finalist for the James Morrison Scholarship. Artists such as John Mayer, Jamie Cullum, Derek Trucks, J Dilla, Musiq Soulchild and Robert Glasper had become a steady companion over the years and some more than others are evident in the sound of his latest album – Here We Be.