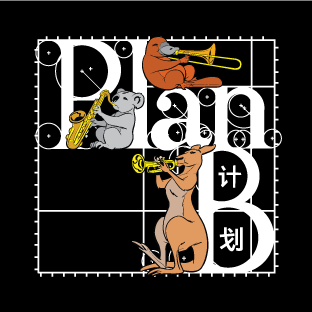 In today’s world of synthetic beats and manufactured idols it is not uncommon to crave something more bedded in the reality of life experience. Unlike the corporatised pop music of the moment, the Rock and Soul sounds of PlanB’s recent recordings hark back to the days when bands cut their teeth on live shows for real people. This is not surprising considering PlanB’s heritage; the group formed in the mid eighties in Adelaide South Australia, where it shared the stage with the huge bands of the day including The Eurogliders, Goanna, Pseudo Echo, Mondo Rock, The Models, John Paul Young and The Allniters.

Originally formed in the mid 80’s, PlanB reformed in 2009, when original members Peter Flierl (bass guitar) and Patrick Stapleton (trombone) reunited through Facebook. The band released its debut offering, “Too Late The Hero” in late 2013 and is now regularly touring internationally with an 8-piece lineup including the band’s signature 3-piece brass section.