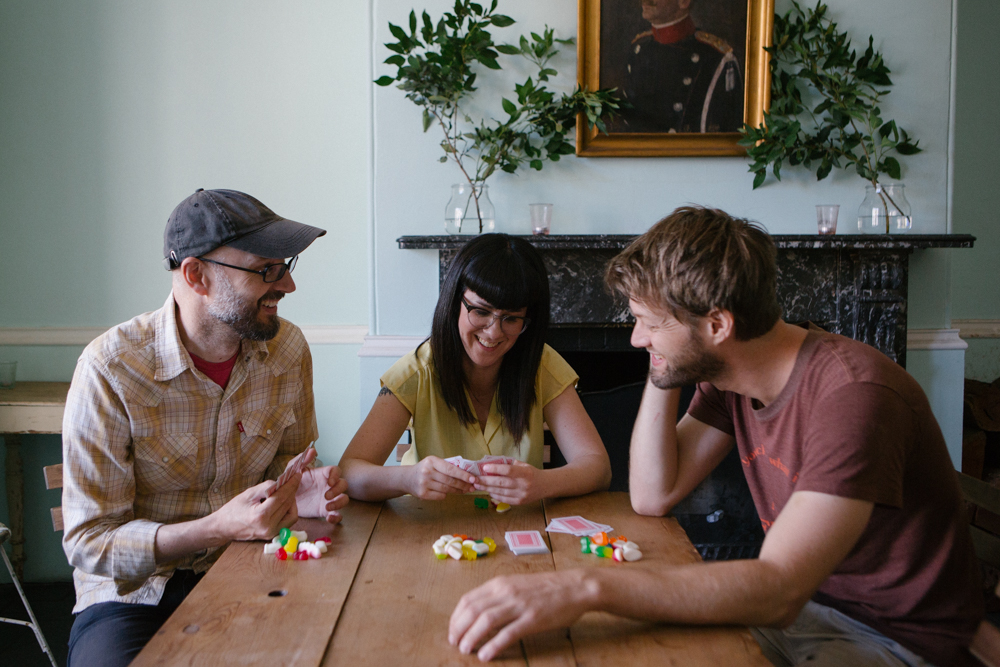 Ponytail Kink are Luke, Hannah and Jeremy. With a particular blend of pop, distortion and melody, Ponytail Kink just want to be your friend, and then yell about a bunch of things that they’re pissed off about. And then give you a hug.

All the members of the band have been involved with other projects at various times, playing locally, interstate and overseas. At the close of a previous band, Hannah realised she had a bunch of songs (some of which had been hanging around for 10-12 years) that seemed to sit well together but needed a bit more behind them than a solo performer. Good mate Jeremy and new mate Luke were recruited for their wit, chops and instinct (also because they can play and write for drums and bass) and Ponytail Kink was made!