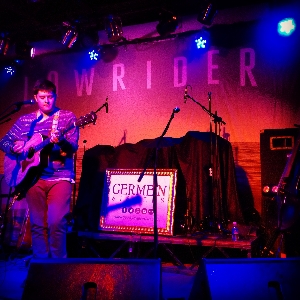 At 19 years of age, this young acoustic singer/songwriter is gaining exposure with every live show. With a growing collection of catchy original songs and an indie-pop sound he continues to impress an increasing number of fans. Ryan starting becoming noticed once he began posting cover songs on YouTube, with his most popular reaching over 150,000 views.

Ryan has played some outstanding shows, most recently being a support act for Lowrider at The Gov on June 1st, for their ‘one off home town show’ concluding their national tour.

With the release of his debut EP ‘Your Smile’ set for late 2013, it is expected to generate an increase in exposure and many more opportunities for Ryan in the future.