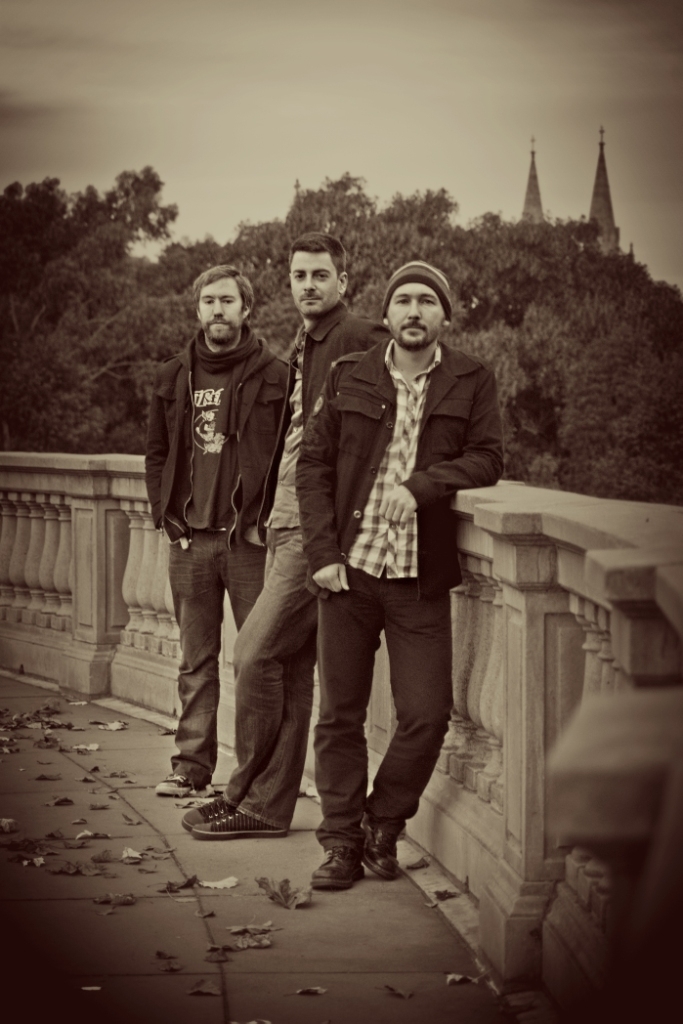 Shoot the Noose are from Adelaide, South Australia, formed in 2011 with Nick Burt (lead vocals and guitar), Dennis Gonzalez (bass and backing vocals) and Aaron Farrant (drums and percussion). Shoot the Noose pursue a distinctly original and honest sound with a wide, cross-genre musical range.

The first EP ‘Rogue’ (2011) captures the raw energy of the newly formed trio delivering an exciting array of driving rock songs from ‘This Lonely City’, ‘Wait for me Stacey’ and ‘Mole Darby’ and to the bands quieter, melodic side with ‘Sunrising’ and the ballad ‘Time Has Passed’.

The second EP ‘Strangeface’ (2013) explored a wide musical palate of light and shade from the sprawling anthems of ‘Utopioid’ and ‘Highway’ to acoustic reflections of ‘Harbour Lights’ and eeriness of ‘Grey Nurse’.

The third offering ‘Stalheim’ (2015) is an unashamed record of the band’s heavier side with riff-laden songs with powerful, lurching rhythms. The first track ‘Seeing Snakes’ sets the mood for the album that remains consistent throughout the record.

Since the release of ‘Stalheim’, Shoot the Noose have turned their attention to deeply exploring the acoustic, folk and country elements that have influenced their music since the beginning. This has allowed greater lyrical clarity and storytelling and highlights vocal harmonies. It is also providing more instrumental definition and nuance. The band is set to record and release this material soon but for now be sure catch their live performances.