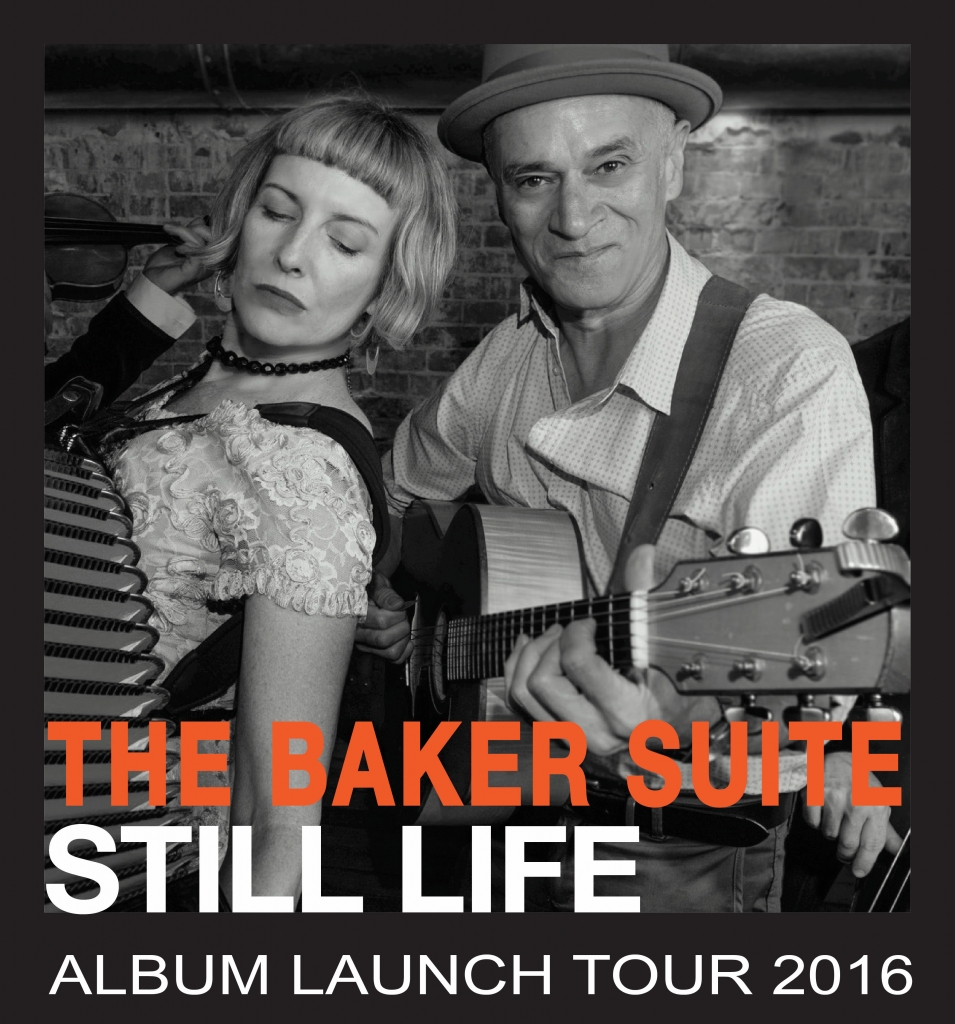 Art-folk, cinematic storytelling, French Cafe and cabaret romantica . . . all terms which have been used to describe poetic Australian band The Baker Suite.

A sound reminiscent of Paul Simon, Sting and the Yann Tiersenn soundtrack to the film, Amelie. Their music is built around a warm combination of acoustic guitar and parisian-esque accordion.

The core of The Baker Suite is John Baker (guitar) and Gayle Buckby (accordion). They often tour as a duo or sometimes joined by Lyndon Gray or John Aue on double bass, Julian Ferraretto on violin/mandolin/saw, and Enrico Mick Morena on drums.

The Baker Suite have been performing their original music throughout Australia and internationally for over 11 years and 2013 saw the release of their 4th studio album, ‘Your Dreaming Self’, in Australia and Germany.