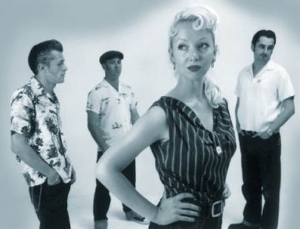 The Satellites originally formed 94 and have performed all over this land leaving a trail of dedicated fans from Brisbane to Adelaide & beyond. They have performed seven years running at the Wintersun Festival in Queensland (an annual event which attracts around 50,000 people from all over Australia) winning them the awards for ‘Best Performing Band’ in 1999, and ‘Best Australian Rockabilly Band’ four years running 98, 99, 2000, & again in 2001.