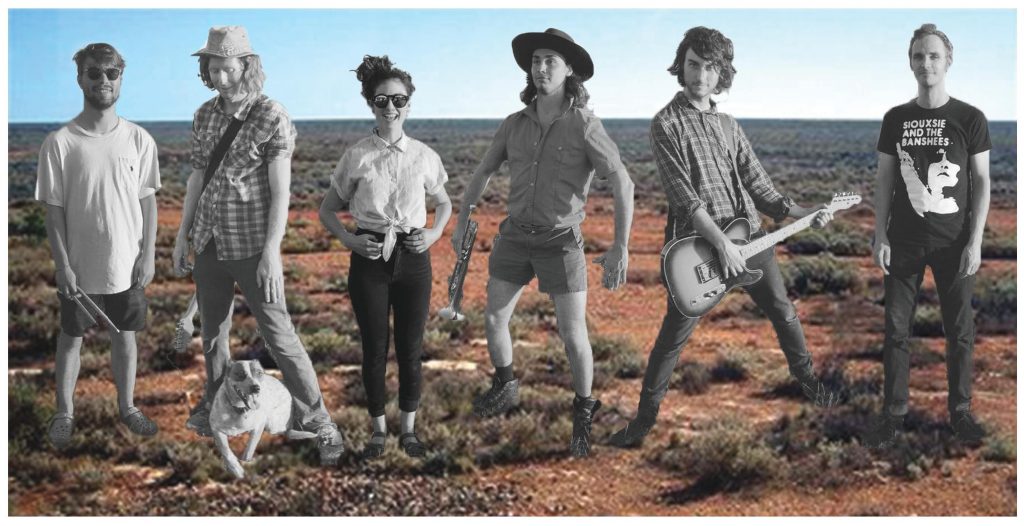 The Systemaddicts are an energetic six piece garage punk group from Adelaide, South Australia committed to reigniting the spirit of Rock n Roll any time they hit can get on the stage in these strange times. They were formed over a decade ago with some early band member changes before the now stable line-up of siblings Liam Convey (guitarist, singer and songwriter), Kaeli Convey (Bass Guitar), Rory Convey (Trombone). The other members are Jamie on organ, Elliot on drums, and Tasman playing guitar. They also worked with guest vocalist Jessica Meiners, a local solo artist on this latest release which has expanded their sound substantially. Their style has changed slightly over time but can still be described as a blend of the punk, with sixties influenced keyboard style Jamie brings to the sound..