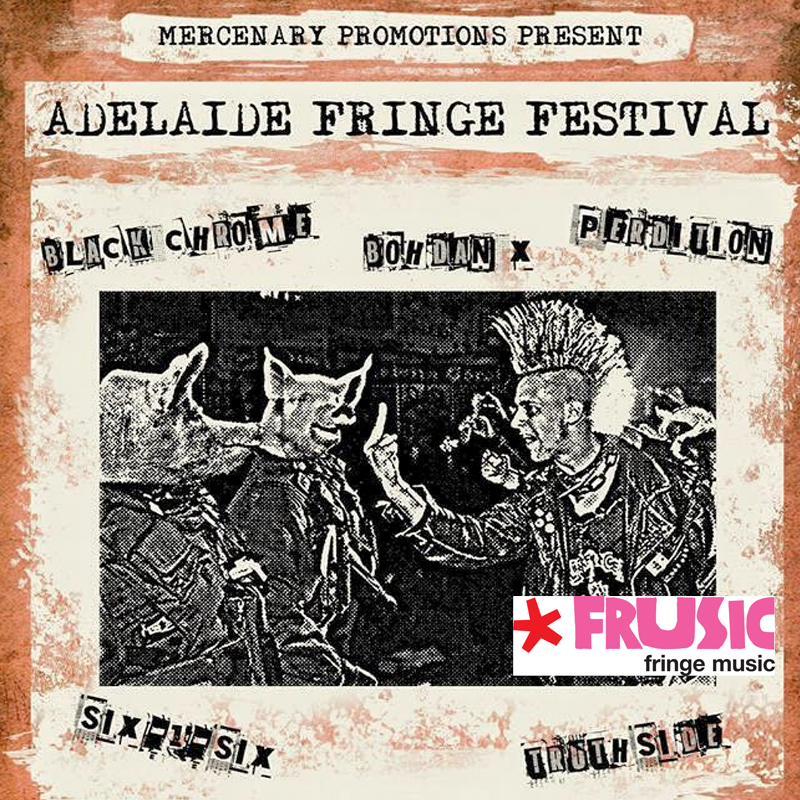 Want punk rock? Mercenary Promotions have you covered in the Adelaide Fringe with multi-band shows of local lineups, including an all ages show at the Duke of York.

This gig will be the first ever Fringe Fest appearance by indie rock funksters Six-1-Six, along with Truthside, Perdition, Bolidan and Black Chrome.

AND it features British-born punk rock singer-songwriter and guitarist, Bohdan X, who re-joins Black Chrome for the event.

AND it’s Black Chrome’s CD single launch on this night.

AND you get this new release FREE upon entry.