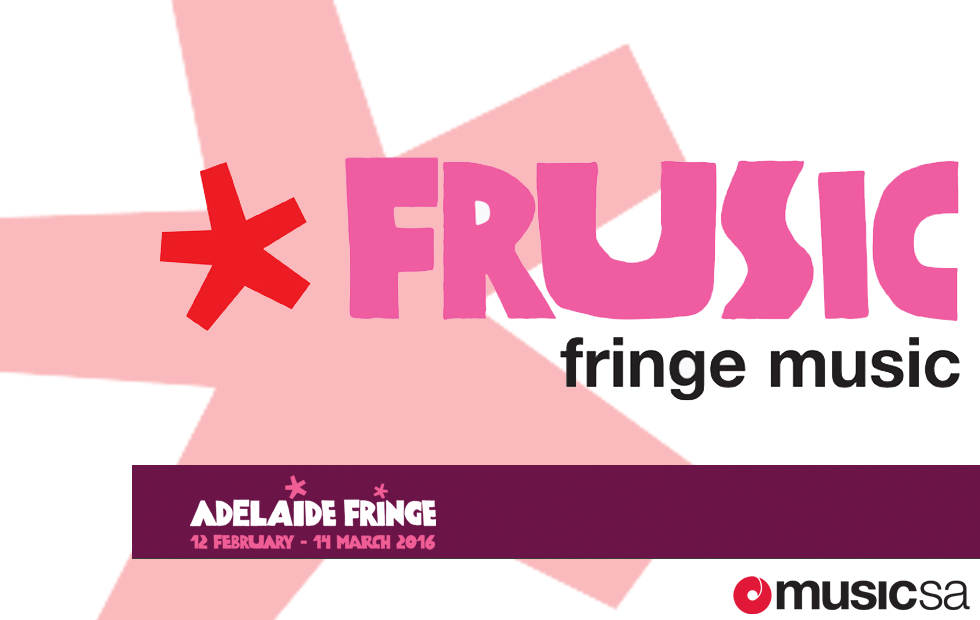 Are you a Registered Fringe Venue that’s hosting Live Music during Adelaide Fringe 2016?

Or…are you a Registered Fringe Artist that is performing Live Music at Adelaide Fringe?

Then you are in luck – you’ll be getting extra promotion – for FREE – as we introduce a NEW guide to the Fringe Live Music program.

FRUSIC is an exciting new marketing campaign dedicated solely to live music held in venues during 2016 Adelaide Fringe, brought to you in partnership by Adelaide Fringe and Music SA, and proudly sponsored by the AHA.

Not only will you be listed in the music section of the official Adelaide Fringe guide & website, but you’ll also be featured in FRUSIC’s stand alone publication, which will be widely distributed during the Fringe season.

In collaboration with The Music, Registered Venues and Artists will have their special line-up, tour, EP launch or live music celebration promoted in a special magazine style publication that will prominently feature venues that are hosting Fringe live music events. It will also include articles and stories that show the breadth of live music in Adelaide as part of the Fringe program.

The FRUSIC guide will make it easy for music-loving punters to find you during Adelaide Fringe.

Watch for more news the Fringe pink Illumination kit too,  complete with pink fairy lights, distributed free to registered Venues. This kit will help you show punters that inside your venue there’s some awesome music on offer for Fringe goers!

Adelaide Fringe registrations are open now until 7 October, so hurry and register your venue or music act ASAP.

Did you know that MUSIC is now the 2nd biggest genre in the Adelaide Fringe? That’s right – the music content for one of Adelaide’s best love fests has been growing in leaps and bounds over the years, and we think it’s time for it to make even more noise and bring our talented musicians to the attention of punters.