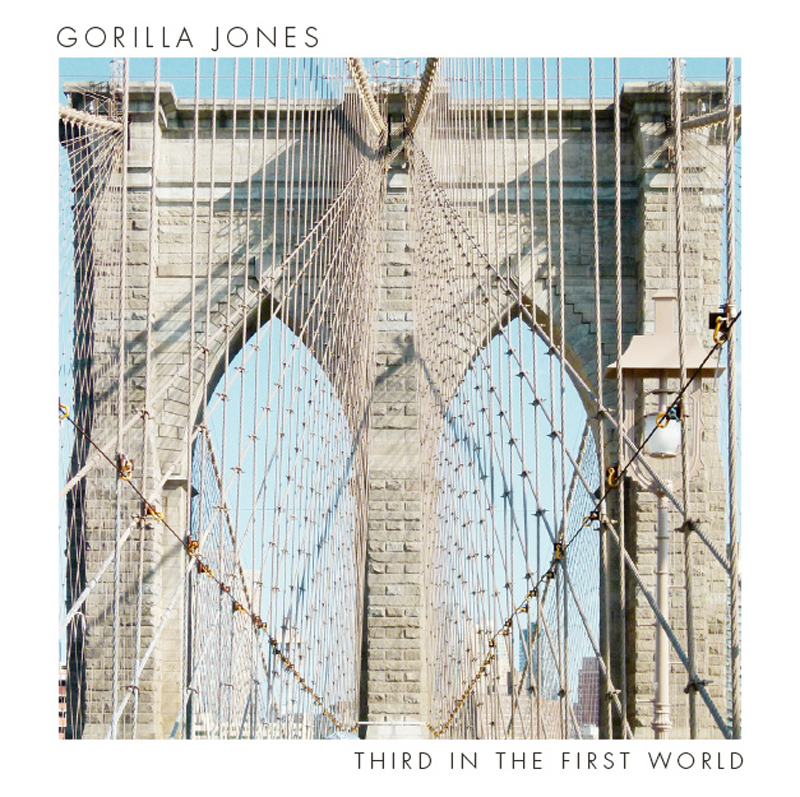 third in the first world

The debut album from Gorilla Jones is energetic, danceable, and irresistibly fun.  Combining soul, funk, rock, lounge, and more, this ensemble comes to party and won’t leave until your feet are sore and your spirit is replenished.

Musicianship is the key here, with all seven members and a special guest distinguishing themselves repeatedly throughout, but it’s no collection of ego trips; this is first and foremost a group effort.  Expect big hooks and deep grooves as guitar, bass, drums, percussion, keys and horns all lock in and rock out together.

Third in the First World starts off strong with three stand-outs: First is the rapid-fire, downbeat-heavy soul jam “Work It Out”, which gets bonus points for the unexpected show-stopping outro.  Then there’s “Who Is They?”, a bouncing dub chug with playful lyrics about society’s boogeymen and an Orleans-style a cappella finale.   Third in line is samba breath-catcher “LMFAO”, a blissed-out rejection of modern-day immaturity.

While a full inventory of individual contributions would crowd out this review, special distinction is earned by guitarist/vocalist Cane Goldsworthy, whose voice is a perfect storm of sandpaper and soul; he’s got cool to spare and owns the frontman role in a group that’s stacked with talent.

Other highlights include the rollicking call-and-response funk of “Grand Scheme of Things”, the wah-heavy rocker “Is This It”, and the vintage R&B closer “City Where You Live”.

If there’s a knock here, it’s that sometimes there’s too much of a good thing and the strongest tracks resist that extra solo or breakdown, but don’t let that deter you.  Third in the First World sounds like an incredible live show committed to tape, and it’s a delicious genre jambalaya that you won’t regret sampling at Bandcamp.