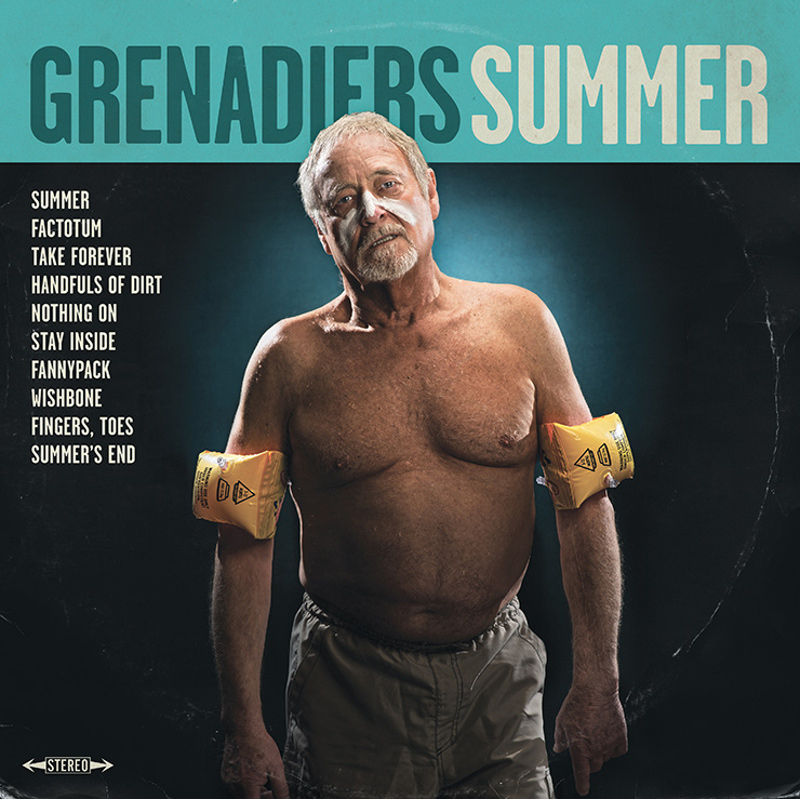 A little over 4 years ago three piece rockers Grenadiers released their debut album ‘Songs The Devil Taught Us’. Since then they have rocked stages at Big Day Out, won Triple J Unearthed, and supported the likes of Everytime I Die, Kingswood, and The Smith Street Band.January saw the release of ‘Summer’, getting their heavy brand of punk-infused, balls-to-the-wall rock down to a tee. There’s a clever melding of a raw, emotional rock sound with strong musicality and layering. The production quality is very high and there’s a suitable variety between the ten tracks that doesn’t sacrifice the band’s identifiably original character.

The album deceptively kicks off with the reverb laden tremolo sounds of surf rock. It’s from here on in the overall dynamic is varied, but similarly heavy and relentless. There’s a hauntingly warm feeling about the chord progression and guitar timbre in ‘Handfuls of Dirt’. ‘Factotum’ promotes anarchistic head-banging energy, while the thoughtful lyricism of ‘Wishbone’ shows a serious side. The addition of harmonic backing vocals throughout does well to fill out any empty space and reinforce their driving power.

Fans of the likes of Queens of the Stone Age will be in their element with this record. The band show here that they are well deserving of their recent successes and accolades, with a massive sound for a three piece.