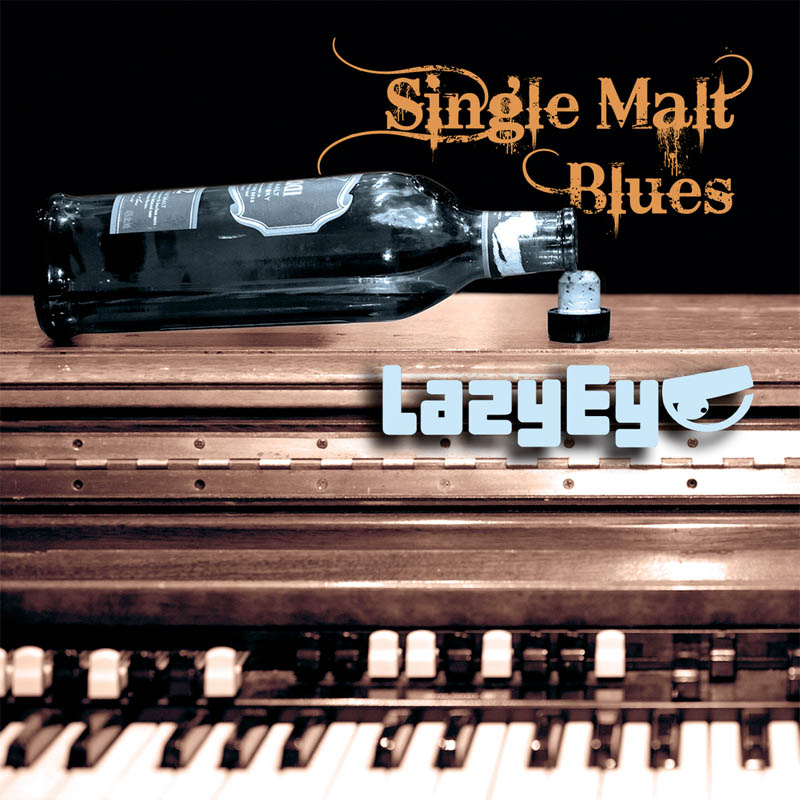 Lazyeye are relatively new on the scene forming in 2013, but they certainly have hit the ground running. They released their debut album Move Me and promptly won Album of the Year at the South Australian Blues & Roots Awards followed by a slew of other awards.

Now, being a man with a fondness for whiskey and getting the blues, the title song ‘Single Malt Blues’ had my interest from the get go – but more on that later. The album kicks of with ‘Blue Tongue Blues’ a great introduction to what the band is all about. It builds over the course of the song and with the organ sitting beautifully in the mix it almost gives a hint of The Doors. All instrumentation is sublime with some tasty guitar licks throughout by Erica Graf. Evan Whetter’s vocal has a slightly whiskey tinged touch of gravel to it but in a lovely warm way.

‘Country Preacher Blues’ is my top pick for the album, a cool story and something that wouldn’t be out of place in a Blues Brothers movie soundtrack! Closely following are the final two tracks ‘Organ Grinder’ and the title track ‘Single Malt Blues’ – both brilliant closers that leave you wanting more.

It’s easy to see why Lazyeye have been getting the plaudits they easily deserve. It’s the blues done well with soul and passion. I wish them best of luck at the 2016 Blues challenge in Memphis! A great recording and will be a nice Sunday arvo with a tumbler of single malt listen.