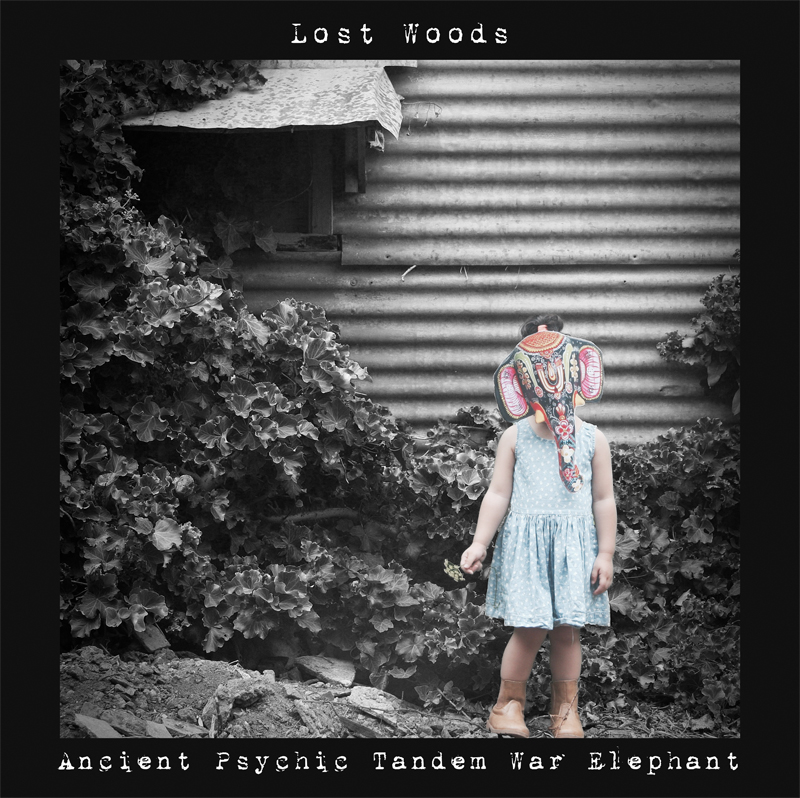 Five piece indie rock outfit, Lost Woods, burst onto the scene last year and have just produced their first release, the single, “Ancient Psychic Tandem War Elephant”. Amongst the group are some well trained musicians with backgrounds in other genres, and their experience shows, as they have already signed with a record label and toured Australia on the back of this release.

As soon as the track marches in, the guitar timbres and the way the bass cuts through the mix present a recognisable flavour, perhaps, reminiscent of a ‘90s/early ‘00s guitar central alt. rock sound. A suitably grainy distorted guitar tone plays a repeated melodic phrase before falling away to make space for the ensuing vocals. A controlled vocal sound with a full tone and wide range is heard and cleverly built into the harmonic mould being established by the other instruments.

The overall nature of the tune is one that capitalises on the dynamic possibilities created by a feeling of drone that is established by the open ring of the guitars. In particular, this stands out in the choruses where the vocals barrage the listener, in contrast to the verses where they sit comfortably within the sound palette, waiting to pounce. To top it off there is an impressive, but concise guitar solo thrown in for good measure that breaks up the otherwise invariable repeated structure of the tune.

I really enjoyed this tune and would like to hear more of what this group can offer.