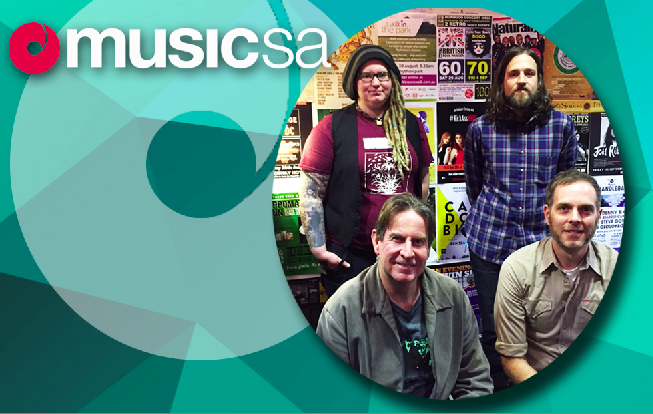 Music SA is pleased to announce that as a result of our recent internship recruitment, we have appointed Adam Vanderwerf and Joel Byrne to the role of Project Officers, with the further provision of tuition for our Certificate IV in Music Business Course for Amy Cook.

A whopping 90+ applications were received, and these new positions are made possible thanks to the generous support of philanthropist and keen music fan, Peter Hanlon. A retired banking executive with a passion for punk music, film and music video clips, Peter Hanlon has a desire to help develop the South Australian contemporary music scene and wants to see a state full of life and spirit that retains its young people through job creation.

Adam Vanderwerf has been involved in the South Australian music industry for over 8 years in various roles including artist, manager, publicist and tour manager (The Dunes / ex Ride Into The Sun). In 2013 he co-founded a boutique/independent booking agency (Going Steady Music), managing and promoting events with the aim of pairing interstate acts with local bands in a hope to build relationships, as well as booking international musicians. He has experience in national/international tour booking and has been fortunate to travel to our musical sister city Austin, TX 3 times in the last 3 years where he’s developed strong relationships and networks that could be invaluable in developing export strategies for South Australian Music.

Joel Byrne has spent the last 12 or so years travelling around Australia and the rest of the world singing and playing guitar in Adelaide rock band, Wolf & Cub. As the founder and main songwriter for this act he brings a wealth of experience and industry knowledge to the role of Project Officer. Throughout this time Joel has also had some experience with band management, marketing, touring and event promotion and planning.

Amy Cook has been immersed in the local and national music scene for over 15 years. As a musician she plays drums, guitar and sings, and over the years has been a member of bands including Star Ten Hash, Miss Golly Gosh, Standard Union and She’s the Band, as well as performing as a solo act. Amy also manages a number of local musicians and bands in South Australia (including Meg Bells, Alana, Profiteers, It’s a Hoax, She’s the Band and more) helping these bands and individuals to promote their music talent. For two years now Amy has starred as a presenter on ‘Music Room’, a national paid-network television show airing on Foxtel.

We extend a big welcome to our new team members, and look forward to exciting times ahead for the coming 12 months.