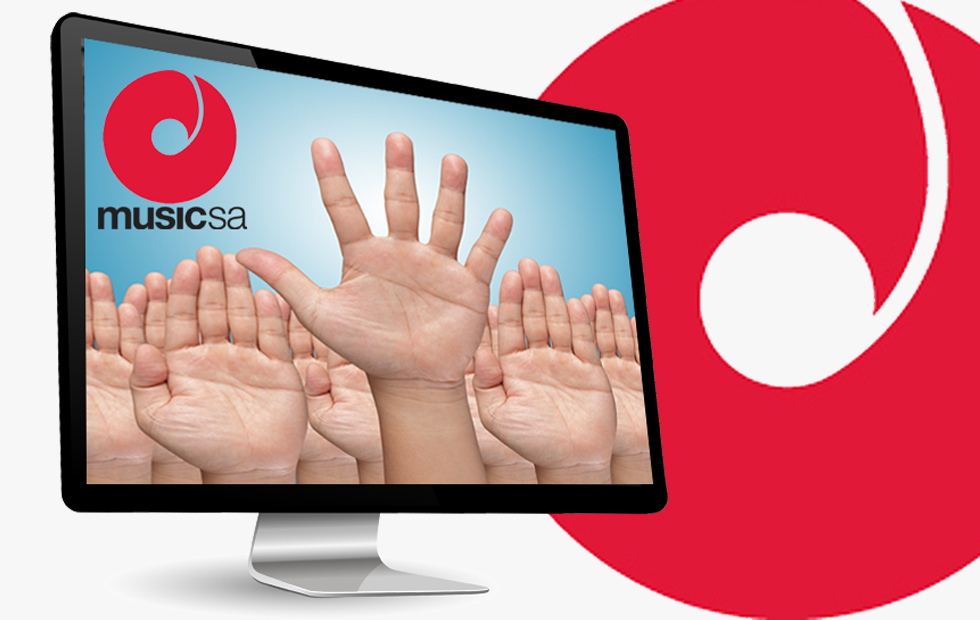 You may have noticed a few new faces at Music SA of late… We’ve had some excellent team members join our ranks for a range of new activities in the past month.

We’ve been loving the enthusiastic approach of Publicist extraordinaire, Koral Chandler, who’s been an amazing conduit for spreading the good news about the many ‘wins’ within the Adelaide music scene. She’s also the gal behind the Reclinks Community Cup’s Adelaide edition (watch out for her on the footy field!), and has just launched her debut LP “Nocturnes” which is already getting critical acclaim.

Gareth Wilkes brings his razor sharp wit, and superb expertise and nous in systems management, IT, finances and video production, as he joins us as Business Manager, having formerly worked as Production Coordinator at the MRC. You may expect to see him around town in many a theatre production – recently he’s been celebrating a successful run of “You’re a Good Man, Charlie Brown” – and he’s also right at home behind the camera lens where he freelances in the film industry, having directed and edited his own short films including “Red” (2009),“The Window” (2010) and “Being Goode”(2013, web series).

Ryan Winter (of BPD Agency, and publicist at multi-award winning venue The Gov) is spearheading an important Project to help navigate legislation concerning the live music at local venues. He’s certainly the right man for the role, having been an integral part of the SLAM initiative in Adelaide. Meanwhile play / pause / play’s Luke Penman has just completed a project on a live music metric for SA. He’s been measuring the amount of shows within a discreet timeframe, for comparison at a later date following any future changes to the Liquor Licensing Act.

Luke has actually been with us for many years now, as THE savvy engine behind our ‘best of Adelaide’ Gig Guide and Scene Buzz. We are sad to announce his departure, but excited for his future – he’ll be temporarily taking on more roles at Radio Adelaide, where he’s already been keeping busy as Music Resources Coordinator and as the presenter of Local Noise! We’re thankful for all of his amazing contributions, and wish him the best with the next step in his music industry career.

We now hand over the Gig / Buzz / Reviews reins to another energetic music enthusiast, Tom Gaffney, whom you may recognise from his many erudite Reviews on our site and in BSide Magazine. Tom is also at the front lines of Futuresounds, whose 4th instalment just saw 600 people pack the Crown & Sceptre for an amazing array of electronic bands – including Tom’s own act Animal Shadows.

As we announced back in May, the delightful Emma Coyle is our new Industry Development Manager, who brings to the role a wealth of contacts, networks and music industry experience both in Adelaide and interstate. Namely, she’s worked with Paul Kelly, Sarah Blasko, Clare Bowditch, The Drones and Kate Miller-Heidke, amongst others!! That’s what happens when you spend 5 years working at One Louder Entertainment, and presenting Heavenly Sounds concert tour series (featuring Laura Marling, BANKS, Daughter, Michael Kiwanuka, Beth Orton, Vance Joy and Julia Stone)… With those heavy-hitting names under her belt, it’s no surprise her Music Business Mondays series is booked out a month in advance. This lady knows her stuff! And an excellent bonus for us, the good humoured gal is also the BEST baked-goods goddess in town. No fooling.

Needless to say, it’s an exciting time to be at Music SA!