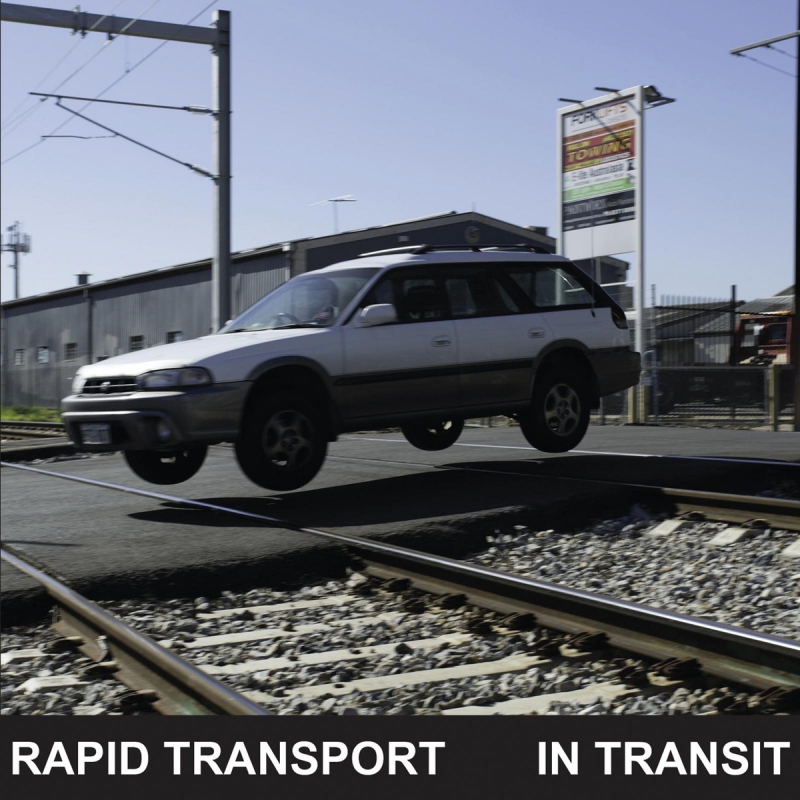 If Rapid Transport were a food, they would be a fast-food beef patty. That is, they have potential to be very appealing to the right person – but to a layperson, nothing really stands out. Bands such as Rapid Transport sort of exist to appeal to a certain scene, setting themselves up to invoke some positivity from the average gig-goer while the band plays the local pub circuit for the few years of their lifespan, or until they form into an act with large amounts of experience.

The act have just released EP “In Transit”, an 8-track release that shows they’re having a fun time playing as a band more than anything else. It’s experimental, but more in the way that the band employ the idea that they can basically do whatever they want with no consequences. Songs like “Yellow Fever” are fantastic examples of this.

That mindset is the saving grace for this release. Rather than Rapid Transport taking such heavy influence from their favourite bands, they take their own route. With that, they’ve produced something truly creative and just fun to listen to.

If you’re able to look past the ordinary mixing of the instruments, and the talk-yelling style of the vocals, then I’ll bet you’ll believe the album’s worth a couple of plays when you’re commuting on the train or making lunch. Rapid Transport have kinks that can be ironed out, but even with these imperfections, I’m sure they’re appealing to the exact demographic they want to at this point in time.