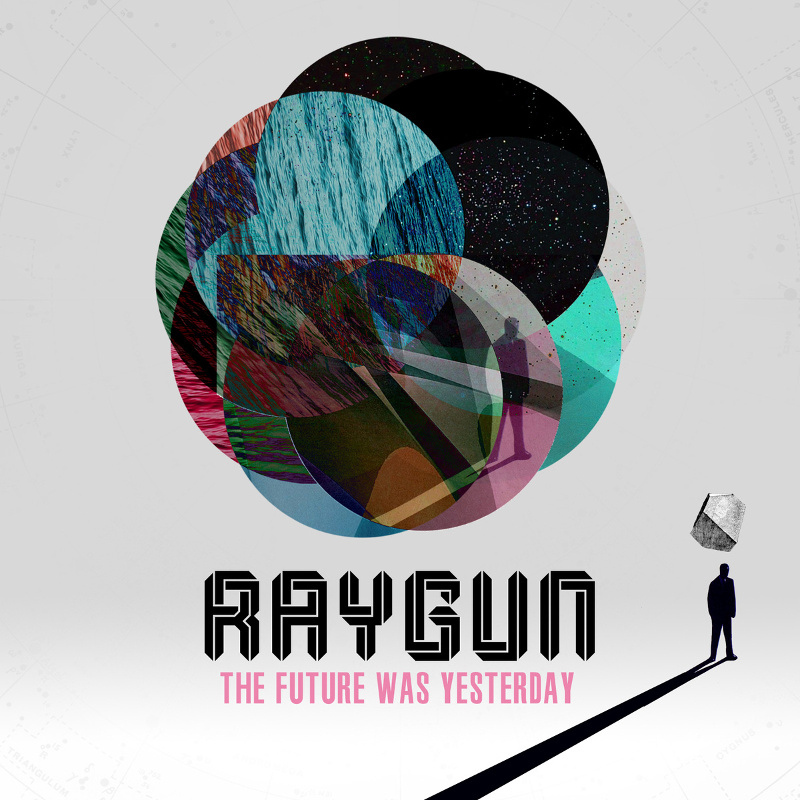 the future was yesterday

The title of this release seems to be a statement of intent and there is a lot to like about the intentions of Adelaide band, Raygun. They are immediate without being disposable; they reference a bygone era without being trite.

On first listen I could hear the gloomier side of 80s English electronic pop – Depeche Mode or Tears for Fears in 1983… but with rapping. A more contemporary comparison would be Yeasayer or Twin Shadow… but with rapping.

The future they evoke is a dark and moody place – programmed beats take their time, synths squelch, arpeggiators swirl into infinity and the vocals ache in a way that was perfected in the 80s.

Jesse Miles & Piri Eddy list Gorrilaz and The Flaming Lips as influences, and like these artists it seems that they are not afraid of using a dystopian Sci-fi theme in their work. “The Future Was Yesterday” could easily be a concept album (if it had more than 3 tracks). The lyrics mention galaxies, stars, rockets, thrusters and the void. The titles of the songs reference contemporary Science Fiction culture – “Psilence” is a telepathic superhero from the very cool publisher Image Comics, “I’ll Jet Alone” may or may not be a reference to the giant robot in the Anime series Neon Genesis Evangelion.

It is pleasing that Raygun don’t just have a sound, they also have tunes, thoughtful arrangements and catchy choruses. Hip-hop, however, was the element I was least sure of. While the rapping was not awful and it didn’t overwhelm the recordings, I am not sure that it was necessary. The rhymes were not particularly sharp and the fantastical nature of the songs did not lend themselves to the kind of real life observational hip-hop produced by the likes of Mike Skinner (The Streets), whom Raygun also identify as an influence.

The Future Was Yesterday is a very visual set of songs. Listening to these three tracks reminded me of the Daft Punk Anime project – Interstellar 55555 (where each song  soundtracks an episode of an animated science fiction movie). It is not hard to imagine these songs being used in a film or game.