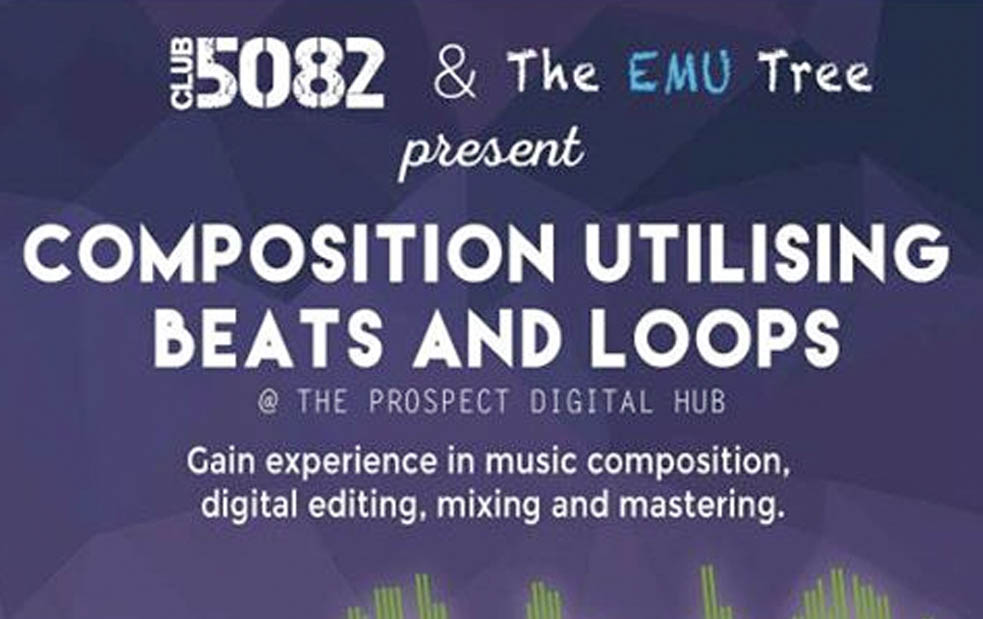 – Are you interested in composing electronic music? CLUB5082 are running a workshop in January around composition utilising beats and loops. Numbers are strictly limited so get in quick. Something tells us it’ll be quite popular. Hopefully they can run more in the future, too. More info here.

– If you haven’t seen it yet, make sure you check out the great poster artwork for 2015’s MOVING MUSIC, by local artist Gary Seaman. Next year’s event takes attendees out of the CBD for the first time, and promises live sets from EMMA BEECH, TOM WEST, JUPITER, ALPHABETTE, RAINBOW CHAN, LUKE MILLION and heaps more. Grab your tickets here.

– Speaking of TOM WEST, his last ‘Secret [Backyard Gig] Party’ went rather well so he’s planning another for December 29, this time including SASHA MARCH and maybe a few other local musos along for the ride. If you’re keen on some live folk music in an intimate setting, with all food and drinks included, check out more info here.

– One lucky HILLTOP HOODS fan met the band in Mount Gambier last week and got everything he owned by them signed. After being asked if there was anything he was missing, the band was surprised to hear that he’d heard of an incredibly rare pressing of a 12″ single they made years ago. It was a test pressing and only 20 copies exist in the world. The band found him a copy.

– THE YEARLINGS are off to the Queenscliff Music Festival this weekend. THE BEARDS have arrived in Germany, with six shows there and heaps more all across Europe.

– Adelaide Piano Busker PETER HACQUOIL‘s dream came true the other day when, after months of performing with a sign asking “TORI AMOS please autotgraph my piano” [and a few hours sitting outside Her Majesty’s Theatre, the international songstress obliged.

– The LIVE AT THE PORT series continues, this time with LIFE IN LETTERS performing the title track to their EP, The Unsalted Sea. Check it out here.

– CRUMP CAKE ORCHESTRA recently recorded an EP at The Promethean and filmed a few songs while they were at it. The first video has just been released, a live rendition of the title track to their debut album, Just Awesome.

– THE ENJINEARS launch their debut single Playsation Generation at the Crown & Anchor on Thursday November 20. You’ll be able to hear the new tune after that date, so until then you’ll have to get by with the teaser they’ve release, a demo of Stuck Here.