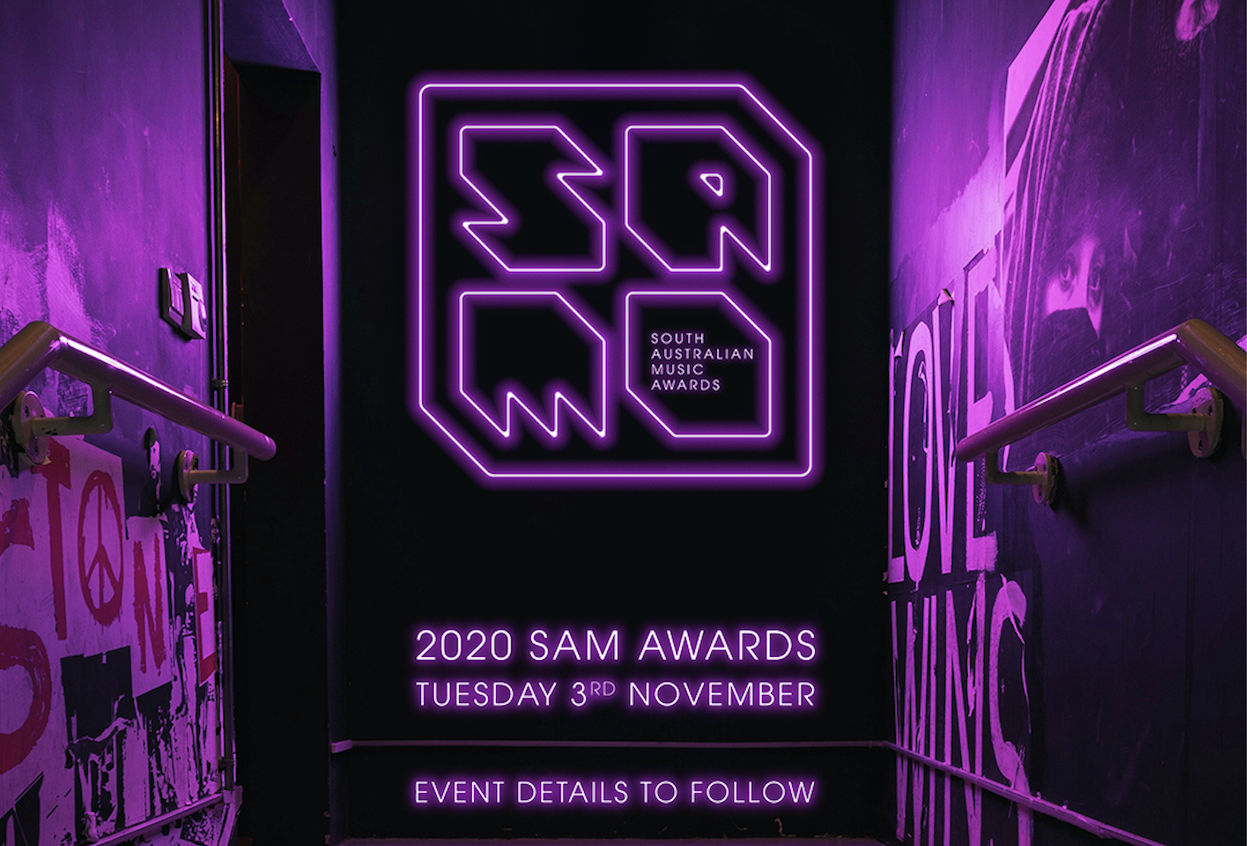 The accomplishments and emergence of wonderful South Australian music from over the last 12 months is set to be celebrated this year, with the South Australian Music (SAM) Awards powering ahead for 2020.
The 2020 SAM Award winners will be announced on Tuesday November 3rd 2020. As a ceremony will be conducted in line with current COVID-19 safety restrictions, the format of the celebrations will be announced at a later date.

The SAM Awards remain a standout calendar moment for the South Australian music industry, as well as becoming a key date for national industry players too to keep an eye on what’s happening in SA and discover just why it has been named a UNESCO City of Music.

In 2019, the SAM Awards hit a record of voting numbers in the lead up to the gala ceremony at Adelaide University’s prestigious Bonython Hall, which saw artists including Horror My Friend, Adrian Eagle and Electric Fields come away with awards. This year’s SAM Awards looks to amplify the voices of the SA music community once more and put the spotlight on a creative community turning heads Australia wide.

Minister for Innovation and Skills David Pisoni said: “The South Australian Music Awards will once again recognise, promote and celebrate excellence in our local music industry. The Marshall Liberal Government is proud to be a major partner of Music SA and the SAM Awards. We value our state’s music sector which, not only contributes enormously to the cultural fabric of our community, but also supports hundreds of local jobs.”

As always, the SAM’s Industry and Major awards will be decided by an independent panel of 15 national and local judges who represent and work across various facets of the industry and are valued members of the overarching Australian music community. We are delighted to announce an exceptionally strong panel this year.

The People’s Choice Awards will be voted by members of the public, with voting opening on Monday September 7th via our independent partners TheMusic.com.au

Nominations are now open for the 2020 SAM Awards, closing September 3rd, for the below categories. 2020 sees some new award categories including Best Innovation, an award focused on championing new media and ideas around the music landscape, Best Music Educator and splitting the Festival / Event category.

The SAM Awards is looking ahead to the future in continuing their commitment to celebrating the thriving community of musicians that really make SA Great.