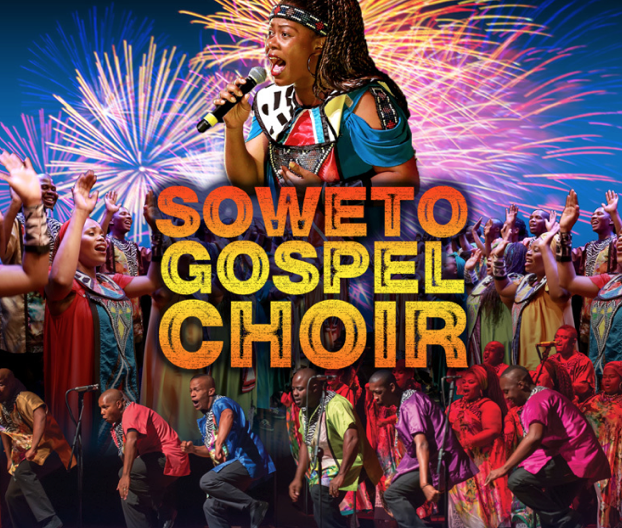 Hailing from the South West Township of Soweto in Johannesburg, Soweto Gospel Choir brings together South Africa’s greatest singers, performing a repertoire that includes traditional songs handed down through the generations of African Gospel and South African freedom songs. Soweto Gospel Choir is one of the world’s greatest vocal ensembles and undoubtedly the most acclaimed. Since forming in 2002 the Soweto Gospel Choir have won 4 Grammys (2 in musical collaboration), television’s Emmy Award for its collaboration with Bono and U2 plus an Academy Award nomination for their work with Peter Gabriel. Soweto Gospel Choir has toured the Globe performing in the worlds greatest concert halls, as well as headlining at festivals including Montreal Jazz Festival, and the Edinburgh Fringe. Having performed for the leaders of the world including Nelson Mandela, Desmond Tutu, Presidents Obama and Clinton as well as the British Royal Family, this is one show not to be missed!