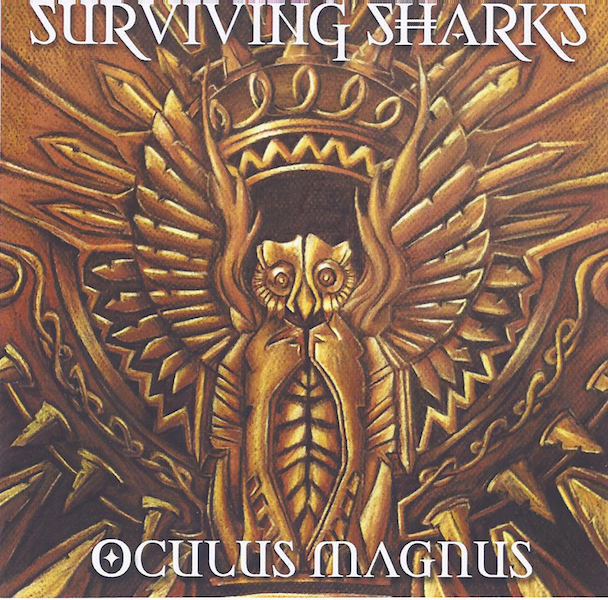 Before even listening to Surviving Sharks music, I was interested in their album name Oculus Magnus, So I did a quick internet search to find it’s meaning. As far as I could establish, it means, “a great round or eye like opening” so there ya go. Lets move onto the sound shell we?

What initially caught my attention with these guys was the guitar. I tip my cap to the guitarist, and main vocalist Drew, who can really make that guitar sing! It’s a fat sound and I like it. However, there are spots in the album where there is too much emphasis on the guitars, and that tends to overpower the vocals a bit and make them sound weak, which was the case in this instance. I also heard some heavily over compressed sections in the audio mix as well which made me cringe.

These guys as musicians really do rock, and they play awesome together. I think the track that really got my attention (and in my opinion is their stand out track) was track 6 ‘Have a Go’. This was the only track that really had that “Wow” factor to it. The track has a strong start with a kick ass driving drum opening, with complementary vocals that closely follow. Great hooks and consistent song structure.

I think Surviving Sharks have great potential for the future, but in the present, I think they still need to establish their identity as a group and find their unique sound.