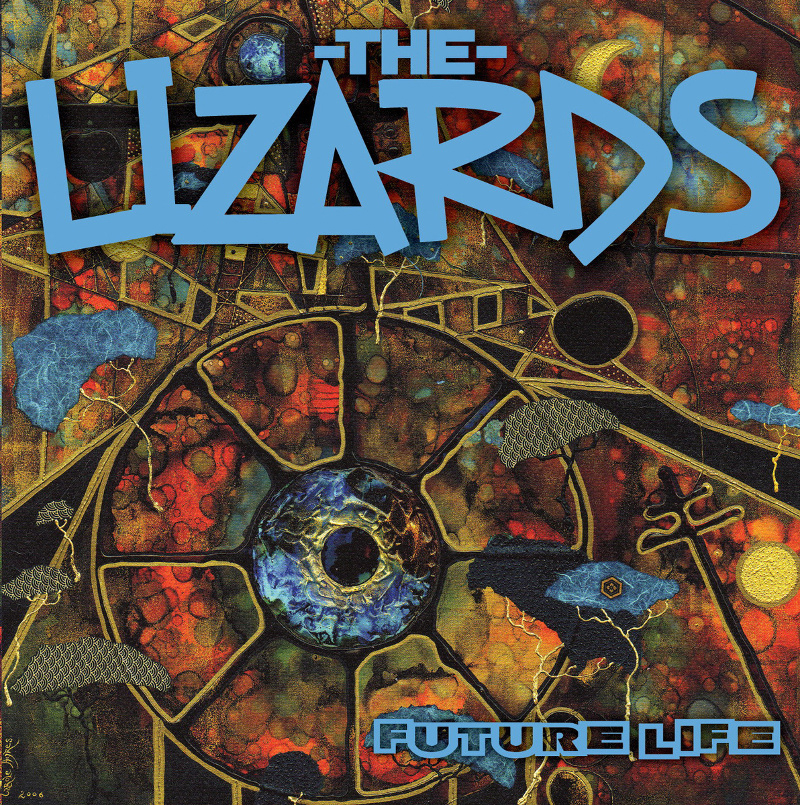 Hard hitting 3 piece punk rockers The Lizards push forward with their third release, Future Life. Here the band fleshes out their self-described ‘thrashed out surf-punk’ with a very well produced sound. This is a form of music with much greater musicality and musicianship than the politically fuelled beginnings of punk, but with the same focused energy.

They have no qualms making this apparent right from the get go with the lush intro of opener The Raging Bullthat is followed by a verse and chorus befitting of a NOFX record.  Elements of metal follow with fast guitar solos and heavy riffs, alongside strong influences of 90’s grunge and alternative rock built into their punk rock framework.

The burgeoning moods that are shaped by the fast pace and affective chord progressions do well to cultivate the right environment for the albums lyrical messages. You can almost see the grimaces of emotion on their faces as they belt out such lines as “…What are you gonna do? Stand up and speak your mind. Who are you gonna believe, the fat controller?”

This dynamic and persuasive album promotes much head banging and is sternly articulated. The bands performance is marked by a mature approach, but it’s bounding in youthful energy.