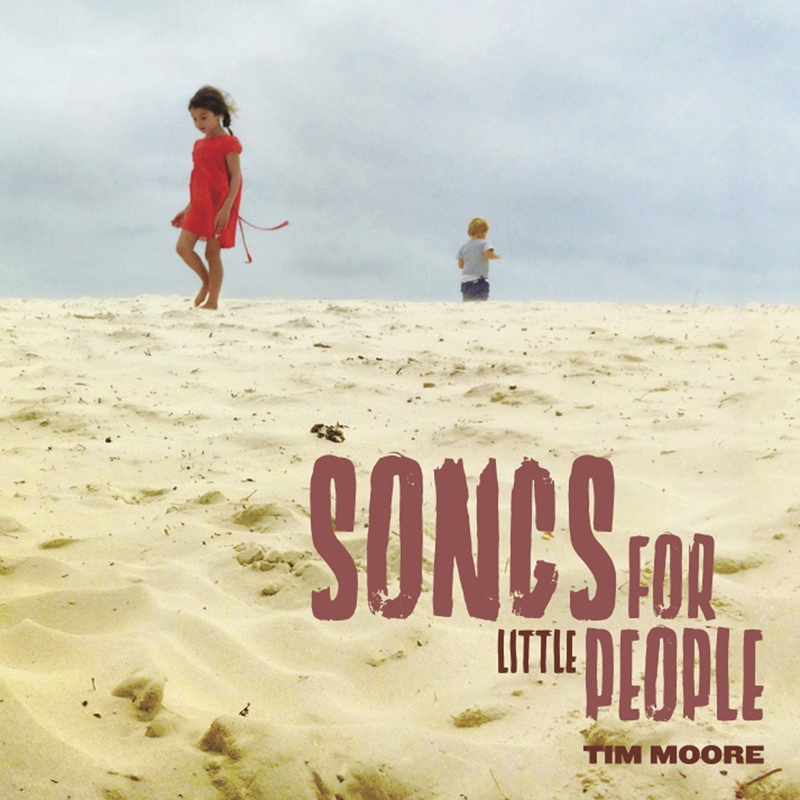 These days, children’s musical interests progress straight from the preschool pop of “The Wiggles” (I’m a fan) to the Saturday morning sleazy video hits shows (I’m not a fan). Tim Moore has identified this gap in children’s musical exposure and produced an album of acoustic folk songs that will appeal to children and parents alike.

I played “Songs for the Little People” in the car as I drove my boys to school, and they were captivated from the first note. “What does the song mean?” “How do you write a song like that?” “Who is Tim Moore?” They clearly recognised a depth of meaning and talent that was beyond the regular commercial music they were exposed to.

These are songs with melody and meaning, written by Tim, and also by some familiar old names like Bob Dylan, Ben Harper, and Henry Mancini. It takes me back to my school days when we sang along to ABC radio broadcasts of songs by “Peter Paul and Mary”, “The Seekers”, and of course Bob Dylan.

This album is not just for children though. The songs are timeless in their own right, and Tim has a beautiful voice which is supported by Stacey Lamb and Brett Taylor throughout the Album.

Each of the 10 tracks has its own beauty and will appeal to all listeners. For me, “Peace Like a River” was the standout, not because it is the best song, but because it clearly moved my 9 year old, and I will always remember his emotional response when I hear that song. For other listeners it may be a different song that appeals.
Tim has a commitment to music and children, and he has delivered for both in this Album.

(Note: Part proceeds from sales will be donated to children in underprivileged communities)