Wanderers ‘Something for a Distraction’ EP Launch

WANDERERS kicked off 2017 with brand new single Loco, the second song from their upcoming EP ‘Something For a Distraction’ (released Feb 17th via MGM) The EP comes off the back of a very successful 2016 and will see them touring the country extensively and ending the tour at one of their favourite hometown venues, Jive.

‘…and what followed was Wanderers’ trademark symphony of moods- the shredding of guitar riffs, dreamy harmonies, funky bass and a general feeling of nostalgia.’ – This is Radelaide

This sophomore EP reflects the tightness of a band that can often only be achieve through the constant touring. The new single Loco has been described as a ‘breezy blues-rock number that steadily builds into a raunchy, soulful jam’ and has been met with rave reveiws from all corners of the globe.

Grab your tickets today from here!
For more information about the show, head over to the Facebook Event. 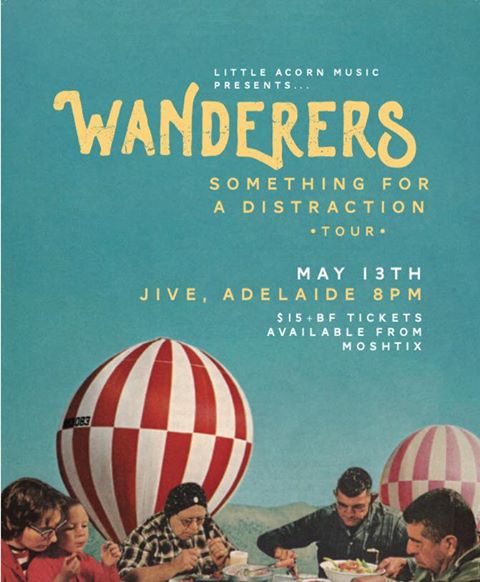