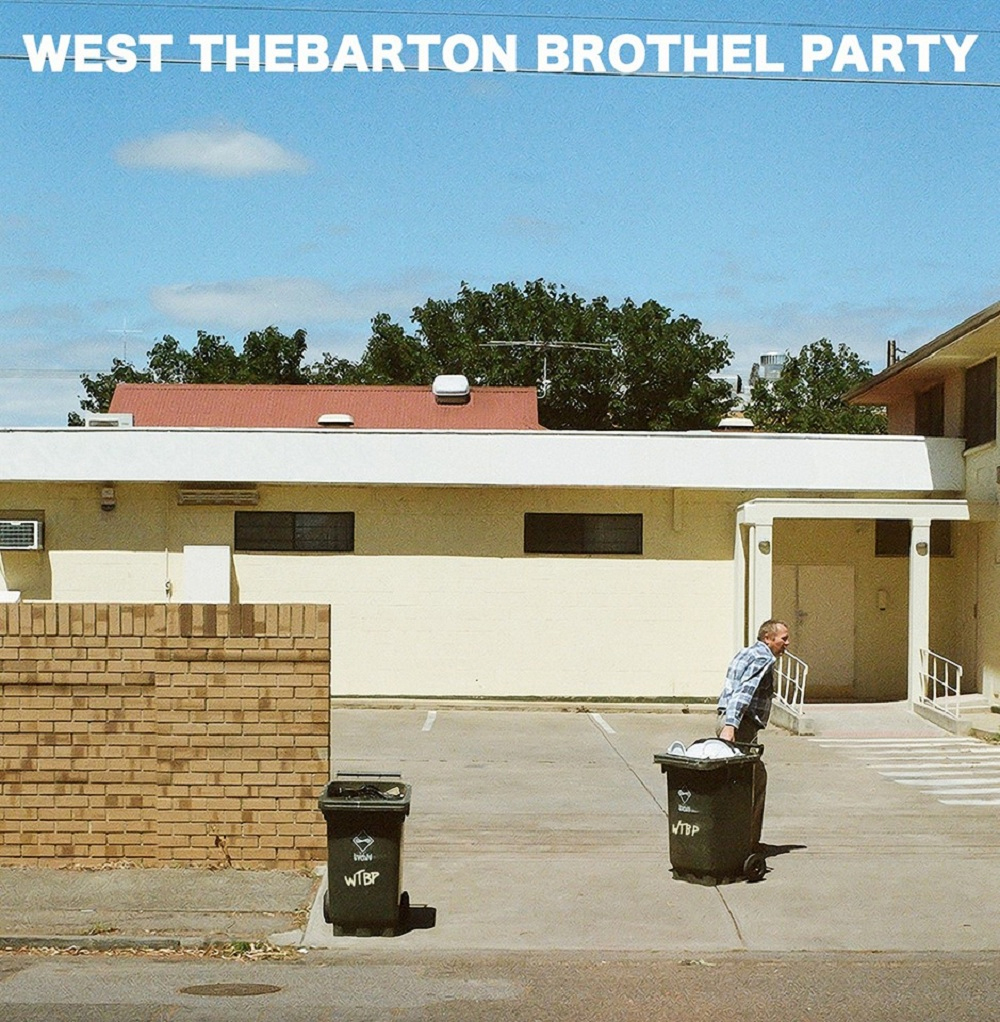 West Thebarton Brothel Party’s new self-titled EP is raw, loose, energetic fun. This is a no-frills rock ’n’ roll record that you can turn up and forget the world. The songs are unapologetically NSFW and sound like they’d pair nicely with lots of whatever you’re drinking.

One of the first things you notice about this group is the broken glass-gargling voice of guitarist/singer Ray Dalfsen. He sings, he screams; he’s not big on enunciation and he probably doesn’t care.

There are seven people in this band, and they shout lyrical fragments in unison so as to suggest a crazy live show that encourages audience participation. Four people play guitar, and it shows. There’s a layered approach…one or two will play rhythm, a lead will crop up in the right channel, and then another in the left. For choruses there’s often a powerful unified approach that sounds pretty awesome.

WTBP come out of the gate swinging with ‘Billions’, a raucous shout-along with Dalfsen declaring that he feels, “a billion kinds of sick when you go,” and it rocks mightily before collapsing in a psychedelic heap.

Next up is ‘Chemotherapy’, a downbeat-heavy uptempo jam that smashes all inhibitions as the band pummel their instruments in unison.

An ode to sound sensitivity, ‘Misophonia’ is more relaxed and poppy, but still rocks pretty hard by the end. ‘Two-Bit Loser’ follows, an aggro-trippy waltz that segues into a 4/4 rave-up to finish.

‘Touchy Feely’ is another stomper in a similar vein to ‘Chemotherapy’, but it only lasts a minute and a half – and it’s a pretty great minute and half, with some nice lead guitar work. The band close out the experience by paying tribute to cricketer Glenn McGrath in characteristically irreverent fashion.