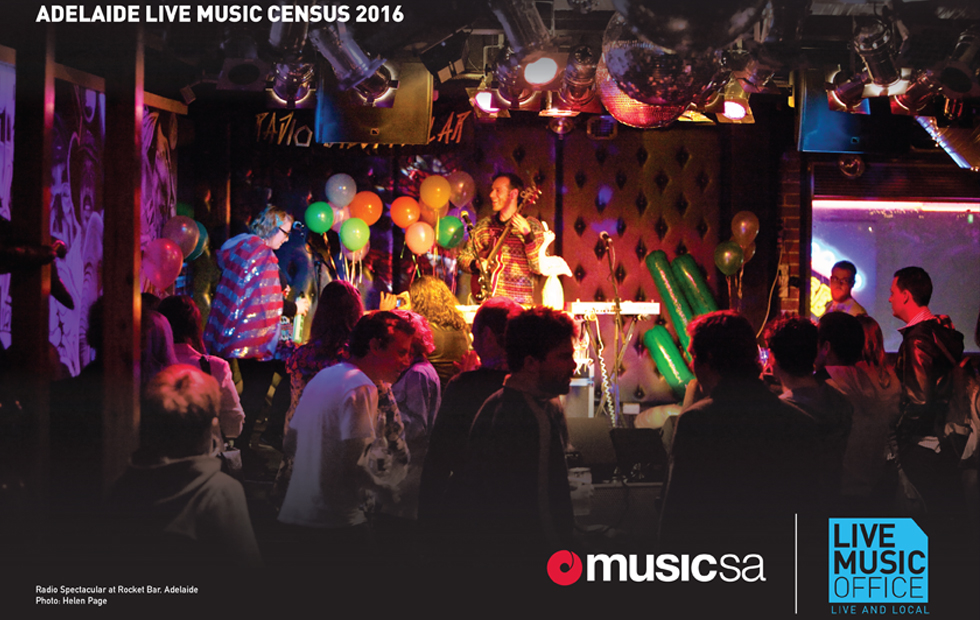 Today Music SA and the Live Music Office release the findings of the 2016 Adelaide Live Music Census, which offers a snapshot of live music activity in May 2016 and compares it to the same study undertaken in May of 2015.

In both years the research has been a best effort exercise to capture as many gigs as possible, and provides an indication of the state of play, and the least of what happened during the month of May.

“With further planned improvements to live music regulation we foresee a sustainability that will demonstrate the importance of live music as an industry that drives South Australia’s economic transformation.”

The live music industry has been identified as an important part of South Australia’s economy, not just now but in the future. Arts Minister Jack Snelling noted that in 2014, the live music scene con- tributed $263.7 million to South Australia’s economy, while nationally the industry brought approxi- mately $15.7 billion to the economy and an estimated 65,000 full and part-time jobs.

On top of these changes to Liquor Licensing, The Live Music Office is currently advocating for De- velopment Regulations to be amended to exclude ‘low risk’ live music and performance from being considered development. As it stands, this has been identified as a major hurdle to small bars host- ing live music. Ms Bishop goes on to say:

“There’s never been a better time for audiences to enjoy live music and for the industry to get behind significant live music gig initiatives such as Umbrella Winter City Sounds, the ACC’s Live Music Ac- tion Plan, the Adelaide Festival Centre’s Guitars in Bars, and the SA Tourism Commission’s Live Music Events Fund. We are truly a UNESCO City of Music and we are open for business!”

Ian Horne, General Manager of the Australian Hotels Association (SA Branch) was delighted with the results of the latest survey, “With 82% of all live music gigs played in a hotel, South Australian hotels continue to be loud and proud supporters of live music and this of course is good for the music in- dustry, the hotel industry, jobs and the State.”

In May 2016 Music SA undertook a census of live music of licensed premises in greater Adelaide, to take a snapshot of the state of play. Compiled by Music SA staff, the data was gathered from venue websites and social media pages, and various gig guides online and in printed form. Further infor- mation was sourced through word of mouth, working the phones, as well as Music SA and industry contacts. The Live Music Office provided assistance for the project.

• Only 1 small venue licence had live music, host- ing 3 gigs across the month. (0.3% of gigs and 0.5% of venues). This category of liquor licence was introduced in 2013 to support the develop- ment of the live music sector in South Australia

• 11 of the Special Circumstances Licences were Hotels.

The survey made no attempt to uncover reasons for the increase. It may be partially attributable to the removal of Entertainment Consent, an improvement in Music SA methodology that identified ad- ditional venues in additional suburbs, and/or increase in the number of venues advertising online and in gig guides. Even though there was one less Saturday in May 2016 compared to May 2015 these results are showing on overall increase in gigs and venues.

Music SA champions original contemporary music in South Australia. Music SA is a not for profit organisation who have, for the last 19 years, been helping to build a thriving, sustainable and global- ly-acknowledged music industry in our state.

Live Music Office works to increase opportunities for live music in Australia by identifying and ad- vocating for better policy, regulation and strategy. Established by the Federal Government, in part- nership with APRA AMCOS, the scope includes planning, licensing and regulatory policies, as well as cultural, audience and market development strategies. 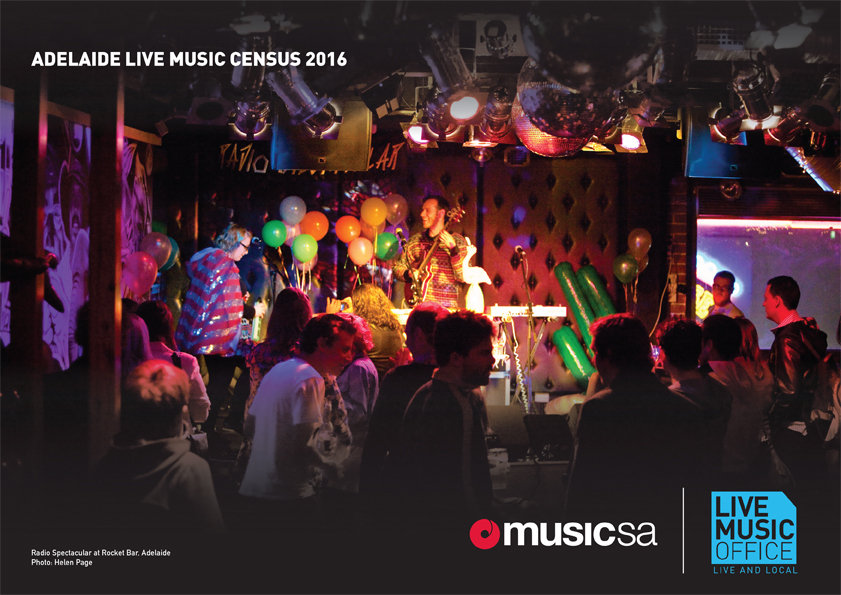