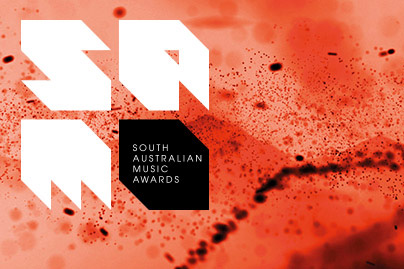 On the industry side of the awards, the Grace Emily won Best Music Venue for the second year in a row. For the first time, the travelling bohemian backyard festival Porch Sessions won Best Festival/Event after another ever-growing year. Craig Lock from 5/4 Entertainment won Best Manager for the third consecutive year. Tom Barnes from Mixmasters Studios took out Best Engineer for the second year in a row. The Ryan Freeman Live Music Award, which provides $4000 to assist a person or group to continue their contribution to live music in South Australia, was awarded to Robert Dunstan, Editor of B Side Magazine. Music SA’s Lifetime Achievement Award was presented to The Gov in recognition of their continued support of South Australian music and the Adelaide UNESCO City of Live Music Award for Best International Collaboration was presented to the House of Songs project, which saw three Adelaide musicians (Dan Crannitch, Taasha Coates, and Kelly Menhennett) collaborate with musicians from Austin, Texas on unfinished songs by the late Albert Brumley.

Music SA’s General Manager Lisa Bishop said she was delighted to recognise these overachieving artists and industry members for their work.

“It’s fantastic to see A.B. Original polish off their epic year taking home six more awards honoured in Trials’ home state. Upcoming artists such as DyspOra and Heaps Good Friends are leading examples of the new talents coming out of South Australia, it’s great to recognise them and all of these artists and industry members for their contributions to the South Australian music industry.”

The night included a surprise live performance from Tkay Maidza as she opened the night with a bang of confetti, presenting her track ‘Carry On’. The rest of the night featured special performances as some of Adelaide’s finest took on the challenge of reinterpreting hits from the SAM Award finalists. Timberwolf performed a reinterpretation of A.B. Original’s  ‘January 26th’ with full band as well as his latest single ‘Ikaros’. Lonelyspeck and Allume took on a stripped back version of Bad//Dreems’ ‘Mob Rule’. Glass Skies and Hana & Jessie-Lee performed a soulful version of West Thebarton’s hit single ‘Moving Out’. DyspOra, Elsy and Prospeks covered Tkay Maidza’s ‘Simulation’ and to close the night Grenadiers performed their latest single ‘Long Way Down’ with a little help from Bec Stevens in addition to a heavy hitting twist of Timberwolf’s ‘Washed Out.

Funded by the SA Government’s Music Development Office, major sponsors moshtix, and an array of supportive industry sponsors, the 2017 SAM Awards was brought together on stage with the assistance of Novatech and Nexstage who custom-designed the incredible set and lighting installation which was fitted out in Thebarton Theatre for the evening.

For more information and the full list of winners visit: www.southaustralianmusicawards.com.au