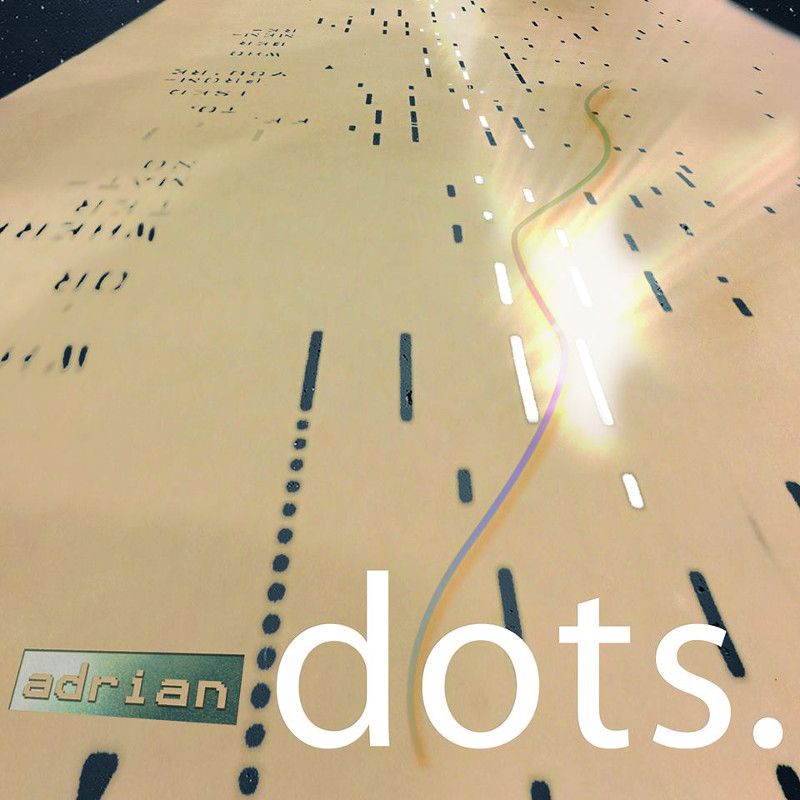 To say that Adrian Holmes, better known simply as Adrian, is prolific would be undermining his contribution to music. The musician has studied at the conservatorium, is a singing teacher, and is now a fully-fledged recording artist with the release of his recent album ‘dots.’.This release features more musicians than in your average football team, which has undoubtedly worked in Holmes’ favour in terms of the variation in this release. Each track is wonderfully varied, from the opening rocking track ‘Bags’, to more danceable ones such as ‘Crazy Maze’.

However, it brings up the age-old debate of whether it’s a better idea to focus on one genre or idea that an artist really shines in, or try to branch out and incorporate as much of a diverse feeling through multiple genres and soundscapes. Holmes has gone with the latter decision, which is a respectable choice given his multi-instrumentalist status, but there’s this underlying feeling of a full-blown sampler. When you finish listening to a song and think ‘yeah, I really dig that sort of vibe Adrian has going on’, and then it goes straight into a polar sounding track, it feels somewhat unsatiating.

While the music is essentially derivative (albeit of fantastic artists such as David Bowie), ‘dots.’ showcases the fact that Adrian Holmes is a funky dude with fantastic musicianship whose music seems to seep out as fluidly and bountifully as blood itself. If you’re into the feeling of a pick’n’mix style album where you grab a couple of tracks you’re into and pay less mind to the rest, this is right up your alley.