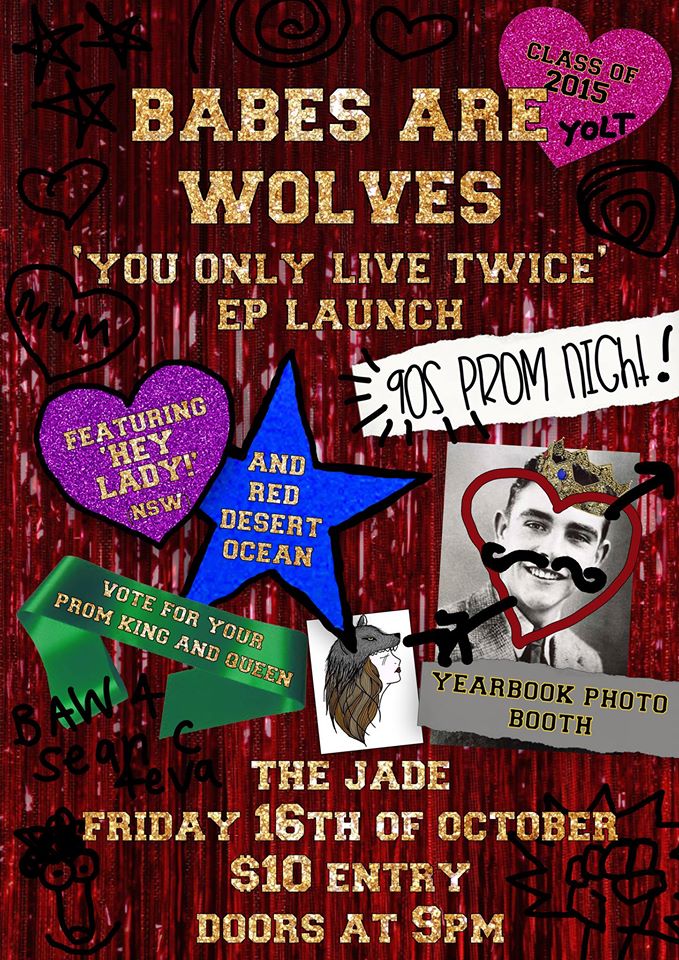 Babes Are Wolves are relatively new to the scene, but when you look at who the group is made up of (The Villenettes, Gold Bloom, British Robots to name a few) there is a wealth of musical knowledge put together in this project. The band are now ready to launch their debut EP ‘You Only Live Twice’ with a 90’s Prom Party at The Jade Monkey on Friday 16 October with Hey Lady (NSW) and Red Desert Ocean.

The band are encouraging the audience to dress up in their best (or worst) 90’s Prom clothes, and we have been told that there will be a king & queen crowned, Punch, a Candy Bar, corsages for the first 50 people through the door, all the best hits of the 90’s being played through the night, and a Sean Connery (the band are obsessed with the actor) Photo Booth. Sounds like one hell of a party, and as such its our Top Pick Gig for the week!