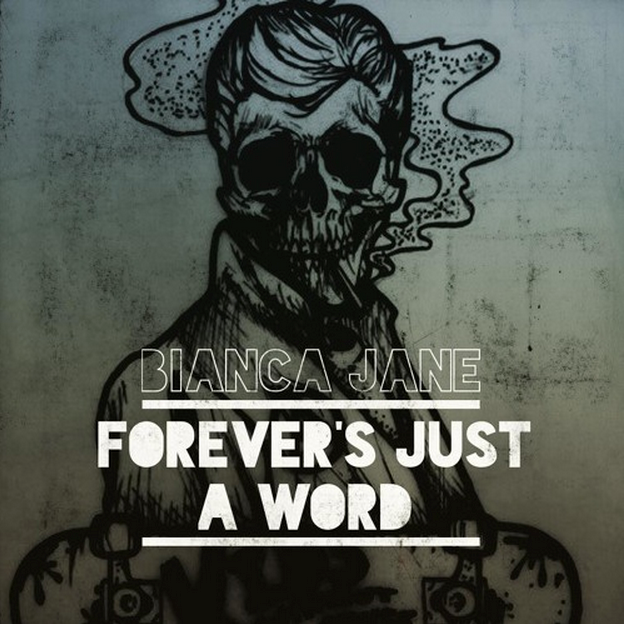 Bianca Jane’s ‘Forever’s Just A Word’ endearingly starts with something reminiscent of an Atari video game sound track before kicking into the real deal riffs – and, my Lord, are there riffs. The track almost sounds like hair metal straight up but settles into something along the lines of super slick and well produced punk rock.

Chunking guitars and riffing ahoy throughout Bianca Jane’s vocal sitting great in the mix throughout with a type of constrained power which works well with what I took the songs message to be.

There is a great poppy sound to this song which is sure to appeal, whilst still sitting in the alternative scale of music. There is a great breakdown three quarters of the way through the song which leads straight back into the riffs.

‘Forever’s Just A Word’ in some ways is a little formulaic of the genre but strongly done all the same. It’s a great little taster of what Bianca Jane has to offer but for me I’d love to hear it in terms of at least an EP release in order to get a broader range of what her music is all about.