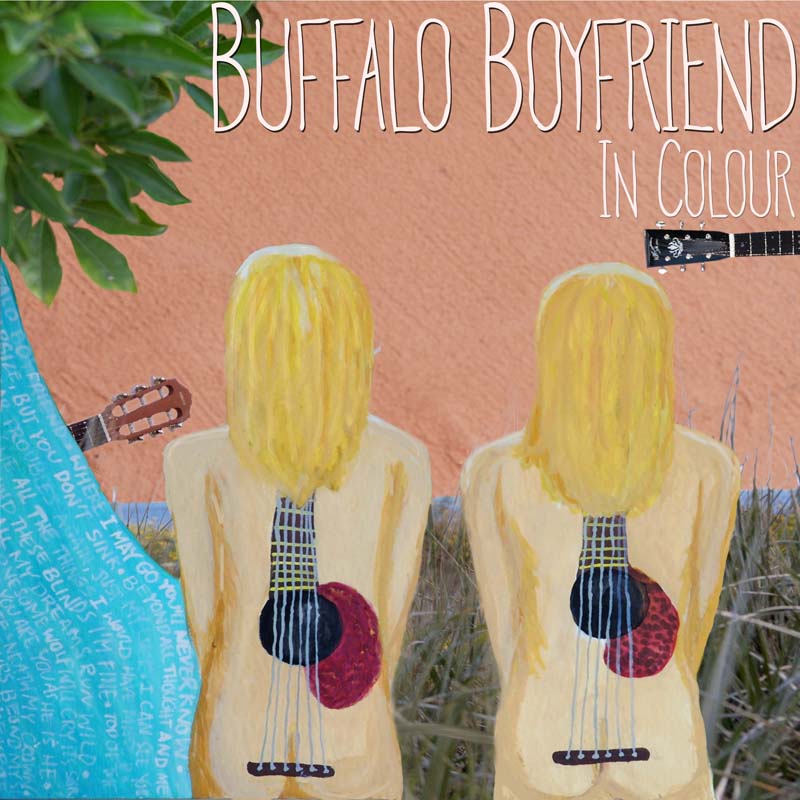 Their soulful voices complimenting each other whether in harmony or alternate leads, Alana Jagt and Rachel Beinke amble their way through these four tracks bringing a fresh approach, extended melodies, and a bit of extra songcraft to the guitar-folk form.

Straightforward stomper ‘Tom’ starts things off with its circular guitar strum and Alana Jagt’s heartland rasp only to give way to a chorus bolstered by a mellotron-esque keyboard and shaker, following with some lightly-fuzzed sitar solos.

Next up is guitarlele shuffle ‘Lady Blue’, showcasing a stunning Rachel Beinke vocal, the kind of impeccably-delivered ballad that would hush any room to silence.  Accompanied by whole-note cello, lazily roaming electric piano, and spare brushwork on the drums, its honey-sweetened harmonies hang in the air as if by magic, freezing a moment in time, and it becomes clear that these two have something truly special.

Accordion and violin-spiced Alana-led lament ‘Bleeding Colour’ follows, seamlessly obscuring the line between 6/8 and 3/4 time, and hitting with a dramatic chorus-topping figure that quickens the pulse each time it appears.  The chorus warns that, “Some say that dying is hard, well living is harder,” but as I listen to the violin solo fade out, I consider that music this good makes living a bit easier.

It all wraps up with ‘Dreams Run Wild’, another waltz in disguise, which finds Rachel drolly delivering an understated lead vocal that leaves room for the lovely music box solo bridge to really shine.

All in all, this accomplished debut is coolly fantastic; relaxed enough to accompany day-to-day life while still rewarding closer inspection.  Highly recommended.