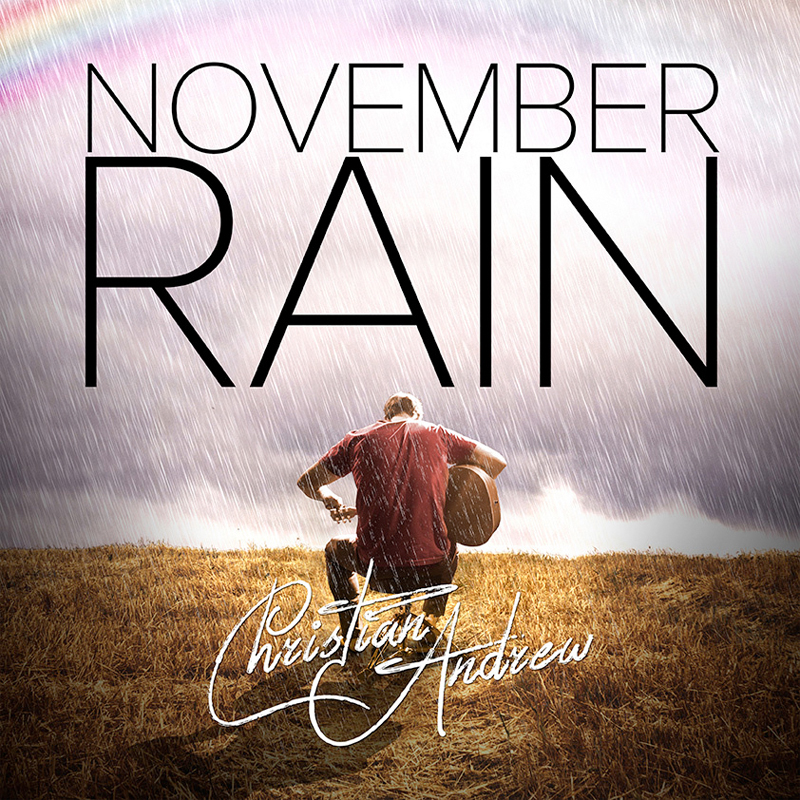 Imagine a world in which sincerity is the new cynicism – where it is clichéd to be knowingly cool. Where it is original to be earnest and good. Christian Andrew could well provide the soundtrack to that world.

Chances are you will see Christian Andrew before you hear him. If you do then the music is a bit of a surprise. Jack Johnson not withstanding, it is jarring that the athletically built surfer on the cover of the CD for his latest single sings with such sensitivity and plays so melodically.

He clearly has talent. The filigree guitar picking and the clarity of voice remind me of Tracy Chapman. The big difference is that Tracy Chapman draws on her experience of gender, class and race to inform the songs that she writes – you can hear it in her voice immediately. Christian writes with a naiveté that is endearing, but this makes it difficult for him to bring anything new to the form.

“November Rain” tells a simple story where true love leads to marriage but through some tragedy (death or rejection?), it is not the singer that will be walking down the aisle. Religious imagery features, but not in Nick Cave “fire and brimstone” sort of way. Christian’s is a more heavenly vocabulary of wings, guiding light, fields of gold and angels. His pain is forgiving and accepting rather than malicious. And that may be the twist – if we have to listen to men in their twenties sing about love (and let’s face it, we do) anguished redemption may be more original than angst ridden resignation.

The single is well-recorded acoustic rock that sits somewhere between Jack Johnson and Life FM. The CD comes with two extra live tracks. The second song is a live solo acoustic version of the single, which I prefer. The third track “Open Up Your Eyes” would probably be an anthem if KT Tunstall sang it.

He feels it and he can certainly play it. He just needs to work out how to say it.